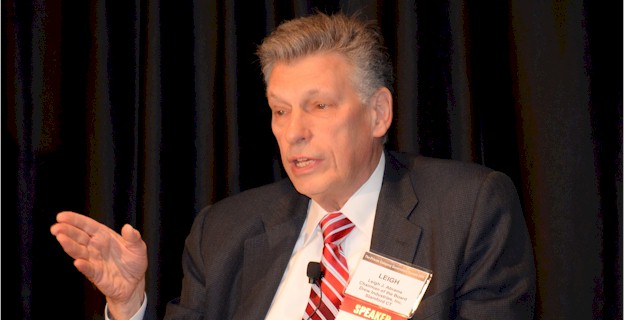 Best Practices for the Successful Private Board Meeting

A private board canât do its job without a thoughtful approach to maximizing the effectiveness of board meetings.

Any successful meeting begins with prepared participants and a clear agenda, includes action items and a roadmap for decision-making, assigns deliverables and sets deadlines for response, and is characterized by early dissemination of key documentation and information.

Beginning with a discussion of what factors shape board meeting agendas, moderator and serial board member Dennis Cagan drew on the experiences and resources of Leigh J. Abrams, chairman of the board of Drew Industries, Inc., Cynthia Watts, a director at Furst-McNess Company, and Jim McHugh, a director at Southworth International Group, Inc., and Kennebec Technologies, Inc. Leigh Abrams noted at the outset that there is a âdramatic differenceâ between private and public company board meetings, but the fundamental question for directors remains the same: âHow do I know what I donât know?â

As chairman, Abrams said he insists on live attendance at all quarterly board meetings, noting that ânothing replaces an all-board, in-person meeting at least four times annually.â Another aspect of in-person meetings that canât be underestimated, Abrams said, is that âoften the best intelligence is gleaned during networking breaks and informal discussions; this canât happen via videoconference. You sometimes get more in the breaks when you can pull someone aside than you get in the meeting itself.â

Abrams said that his board does conduct telephone meetings, typically for topics and items that are more of an urgent or unexpected nature, but these do not supersede the in-person meetings nor create a basis for missing an in-person board meeting.

Among top agenda items for successful private board meetings, Abrams added, is a focus on succession and, he said, board planning needs to extend beyond CEO succession to include plans for the smooth transition of other key executives, including the COO and CFO.

Weighing in on the development of an agenda, Jim McHugh noted that the majority shareholder often has the largest impact on the topics and agenda of the board, noting that the personality of the CEO can be a key influencer. McHugh pointed out that the maturity of a business can set tone and agenda, with the needs of a start-up, for example, being much different from those of a mature privately-held business. On this point he was seconded by Abrams, who added that other factors include the economic stage of a company and the impact of economic cycles. It is, he said, âthe moment of the companyâ that drives meetings and shapes agendas.

But the key, McHugh noted, is that âboard meetings should start where the preparation ends,â adding that all board members have an obligation to be prepared for the meeting and familiar with all relevant board materials and presentations.

Cynthia Watts offered structural advice on boards meetings generally applicable to all scenarios. âWhat,â she asked, âare the key commonalities of board meetings?â First, she said, all board meetings should have clear goals that are evident in the timeline of an agenda. Then, you must present information and documentation showing progress â or the lack thereof â toward stated goals and objectives. Finally, you must guide a board meeting in a way that facilitates decision-making.

âYou canât make a decision, if the information presented does not drive the board to a consensus,â Watts opined. âThe meeting itself tends to devolve into [Parkinsonâs] law of triviality.â One best practice for board meetings, Watts suggested, âis to put the big stuff front and center, with timelines for how long discussion on each item should be.â The prioritizing of agenda topics, along with pre-prep by directors and management, âcreates an expectation of engagement, with board members ready to learn and ask tough questions.â

You have to have, Watts said emphatically, âgoals that are clear.â

Cagan noted that delivering a timeline such as that described by Watts creates a âcadenceâ for an effective board meeting that helps foster âa good flow of information and discussion which in turn contributes to an atmosphere of respect.â McHugh added that consistency and regular frequency are important: âYou want to eliminate randomness in the board meeting in the interests of good flow and productive staging of the meetings.â And, to Abramsâ earlier point on requiring in-person attendance, he said that these steps help directors to know each other and helps the chairperson have a sense of who he or she is dealing with and what the relationships are between directors.

Not all private companies are at the Abramsesque âmomentâ that requires a full slate of committee meetings to support the larger strategic imperatives of the whole board. And there are substantive differences between the deliverables of an advisory board versus a fiduciary board. But, nonetheless, several best practices that have stood the test of time and are hallmarks of a well-managed and focused board meeting process do exist.

With Cagan loosening the reins for some free-form discussion among the panelists â and with strong encouragement from audience questions â the panel offered up some red flags as well as some methodologies for keeping board meetings flowing toward conclusions and impact. As Cagan put it, âThere is a wide range of acceptable methodologies for creating a successful board meeting agenda.â

Keep the Meeting on Topic

Leading things off, Jim McHugh said that a key to a successful board meeting is keeping personal campaigns, vendettas, and pet projects from creeping into the agenda. Watts reiterated her point that placing the most important topics front and center, and doing it meeting after meeting, is a useful as well as logical tool for driving meetings to actionable outcomes. The panelists collectively agreed that executive sessions without management are useful in working through particularly complicated or emotionally charged issues. Abrams noted that such sessions can be a very hot button for some CEOs but he encouraged attending CEOs to permit these meetings in the hopes that the sessionâs findings could in fact be material and important. Cagan noted that routine scheduling of executive sessions prevents a sense on the part of management that the sky must be falling or that something extraordinary must have happened.

Leigh Abrams offered a menu of strategies for facilitating effective board meetings that included elements outside the boardroom. One device that he has found useful in broadening the scope of discussions around the board table is a dinner before the board meeting. This, he said, can be very important for creating relationships beyond the board with key managers. âBring in top executives for networking and discussions; you will learn a lot.â He also noted that his board creates a follow-up list of unresolved issues that is circulated separately from the minutes and serves to focus attention on areas that were not fully or adequately addressed.

Cynthia Watts, Director, Furst-McNess Company: ââYou canât make a decision, if the information presented does not drive the board to a consensus.â

Having previously defined her criteria for a solid board agenda, Watts turned it around to warn that a bad meeting agenda tends to be very âlistyâ and into minutiae. On the issue of formality in and during the meeting, she said that she prefers a more informal platform but sometimes âthe culture or the issueâ can drive levels of formality. Watts noted that as the levels of disagreement increase during a board meeting, the requirement for ârules of engagementâ can escalate, adding that rules âcan remove personality and friction from the mixâ when discussing sensitive topics. Abrams expanded on the theme, saying, âItâs the chairmanâs job to maintain civility during a board meetingâ as well as set the tone.

As a final potential best practice or at least operational assist, Watts said that she likes to use a dashboard to âmonitor in real-time various metrics that are material to the company and its operations.â Sometimes, she noted, âthe details this discipline reveal can be very surprising and can contribute to a more successful enterpriseâ as well as better meetings and more substantive recommendations from the board to management.

A solid agenda, leading with the top issues and challenges a company faces, clear lines of authority and mutually-accepted rules of engagement for board discussion, early dissemination of board documents and a concurrent and shared expectation of familiarity with and ability to discuss their contents, commitment to âkeeping the ball rolling,â and a process for measuring results and reconciling differences are among the best practices and key components of a successful private company board meeting. Creating precedents â such as occasional or scheduled executive sessions of the board â can minimize disruptions between directors and management and contribute to a sense of mutual trust that is essential to successful private company board meetings.

(Provided by Leigh Abrams, Chairman of the Board, Drew Industries, Inc.)

Information relating to each of the below topics should have been sent to the Board well in advance of the Board meeting and thus, unless there are problems relating to any of the above, the discussion will probably be very brief. Most of these items may be left to the end of the meeting if there are one or more important topics that require priority.

â¢ Call the meeting to order. Note the time and list all the Directors and guests that are present.

â¢ Designate someone to take minutes. We prefer brief minutes, where the topics discussed are described, but generally Directors are not identified as to their own remarks. If a vote is taken, the decision reached should be noted and a section authorizing the action to be taken should be written. Minutes should be distributed to the directors for their review and approval.

â¢ Approve the corporate governance documents referred to above, if not previously approved.

â¢ Ask each committee Chairman to present to the Board a brief summary of the topics discussed at the Committee meetings. If the Committee requests action, the Board should vote on the subject.

â¢ Review the financial results for the last period.

â¢ Review any litigation that may be pending.

â¢ Review current industry conditions, personnel matters, competition, and any other matter that may affect operations.

â¢ Strategic alternatives â operate for the long-term; sell the company; go public; or a variety of other options.

â¢ Risks to the business.

â¢ Establish a pro forma Agenda for each meeting for the next year, to assure that all actions which are required by the Companyâs corporate governance documents are reviewed at least once a year.

â¢ Approve a calendar for director meetings for at least a year in advance.