Boards Need to Take a Second Look at Stock Options 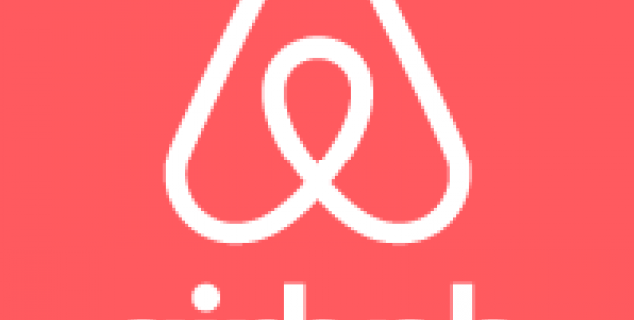 Boards Need to Take a Second Look at Stock Options

Directors at tech companies might want to take a second-look at their stock option plans if recent cases involving Silicon Valley startups are any guide.

Last summer, a group of employees at Airbnb home-sharing site wrote a letter to the founders, who all serve on the board, pleading that they launch an IPO, according to an article in The New York Times. The push among workers for the company to go public was generated by the desire to cash in on stock options granted as part of their compensation packages. Some options, which are set to begin expiring as early as November 2020, could become worthless without a stock market launch before that date, the article says.

The letter illustrates the increasing conflict in expectations between employees and founders regard-ing a liquidity event. The tension is likely to increase as alternative financing methods for start-ups have moved out the goal line for an IPO, making the traditional model for stock options riskier at the rank-and-file level. Some observers predict this could lead to an increase in litigation.

“I think directors have to pay attention to this,” says Anat Alon-Beck, an assistant professor at Case Western Reserve University School of Law who wrote “Unicorn Stock Options – Golden Goose or Trojan Horse” for the Columbia Business Law Review. “You need to start thinking about what kind of equity you’re going to offer early on.”

While grants of stock options have traditionally been considered a significant lure for risky start-ups to recruit, motivate, and retain talent, they can carry enormous downsides for employees. Stock options are generally illiquid and can have hefty tax consequences when options are exercised. Critics complain options unfairly shackle workers who might pass up other career opportunities for fear of losing out on an IPO windfall. Hence the name “golden handcuffs.”

What’s more, start-up companies increasingly are taking their time launching an IPO thanks to al-ternative financing options. While generally good for the founders, a delayed IPO makes stock op-tions higher-risk for employees.

“Options were traditionally designed with a timeframe of four years to IPO or sale. Today, howev-er, unicorns are staying private longer, and conducting an IPO or a sale much later: on average after eleven years, and, in many cases, not at all,” writes Alon-Beck.

Based on Airbnb employee reviews posted on a job website, the IPO is a top line issue for Airbnb employees. According to one anonymous post, the “IPO is a constant question that’s asked during all-hands” sessions.

“Countless people are here for the equity,” wrote an anonymous poster on a job site. “There are prank emails titled ‘Important IPO Update’ to get people’s attention.”

Kevin J. Murphy, a professor of finance and business economics at the University of Southern California’s Marshall School of Business, says he hasn’t heard of IPOs being driven by lower-ranking employees. But liquidity is a major motivation for private equity, venture capital and execu-tives, he noted.

“It would be expected that employees would welcome an IPO for liquidity reasons; but I don’t know how much this affects the founders’ decision compared to their preferences for their own liquidity,” Murphy says.

Airbnb is a good example. Although the company announced in one-statement statement in Sep-tember it expects to become a publicly-traded company in 2020, the founders clearly have their own time orientations. In a 2018 open letter, CEO and co-founder Brian Chesky used the word “infinite” repeatedly to describe the time horizons in advancing the company’s vision.

“…Business is not finite. Unlike sports, there is no time clock…” Chesky wrote.

According to Alon-Beck, delayed pre-IPO times will become an increasing source of conflicts be-tween employees and employers. To alleviate tensions, Alon-Beck suggests boards start early on the creation of equity-based compensation incentives.

“They have to start planning rather than giving the traditional stock options. They have to take into account this pressure they’re going to face,” Alon-Beck says. “Even though they’re private compa-nies they need to start functioning as public companies.”

She counsels boards to talk to outside legal counsel with experience in stock options. In addition, the board should work with lawyers with expertise in corporate governance, she says.

Other experts also recommend the creation of a new stock option incentive model. Steven G. Blank, an adjunct professor at Stanford University and lecturer in business at Columbia Business School, suggests restricted stock agreements for the first key hires and then restricted stock units for the others in “How to Make Startup Stock Options a Better Deal for Employees” published in the Harvard Business Review.

“Stock options with four-year vesting period are no longer a good match for employees when it may take 10 to 12 years for the company to go public or be acquired,” the article says.

Founders and boards could also consider giving cash instead of shares upon exercise; phantom shares instead of actual shares; or give actual shares that are subject to repurchase or first right of repurchase, Murphy says.