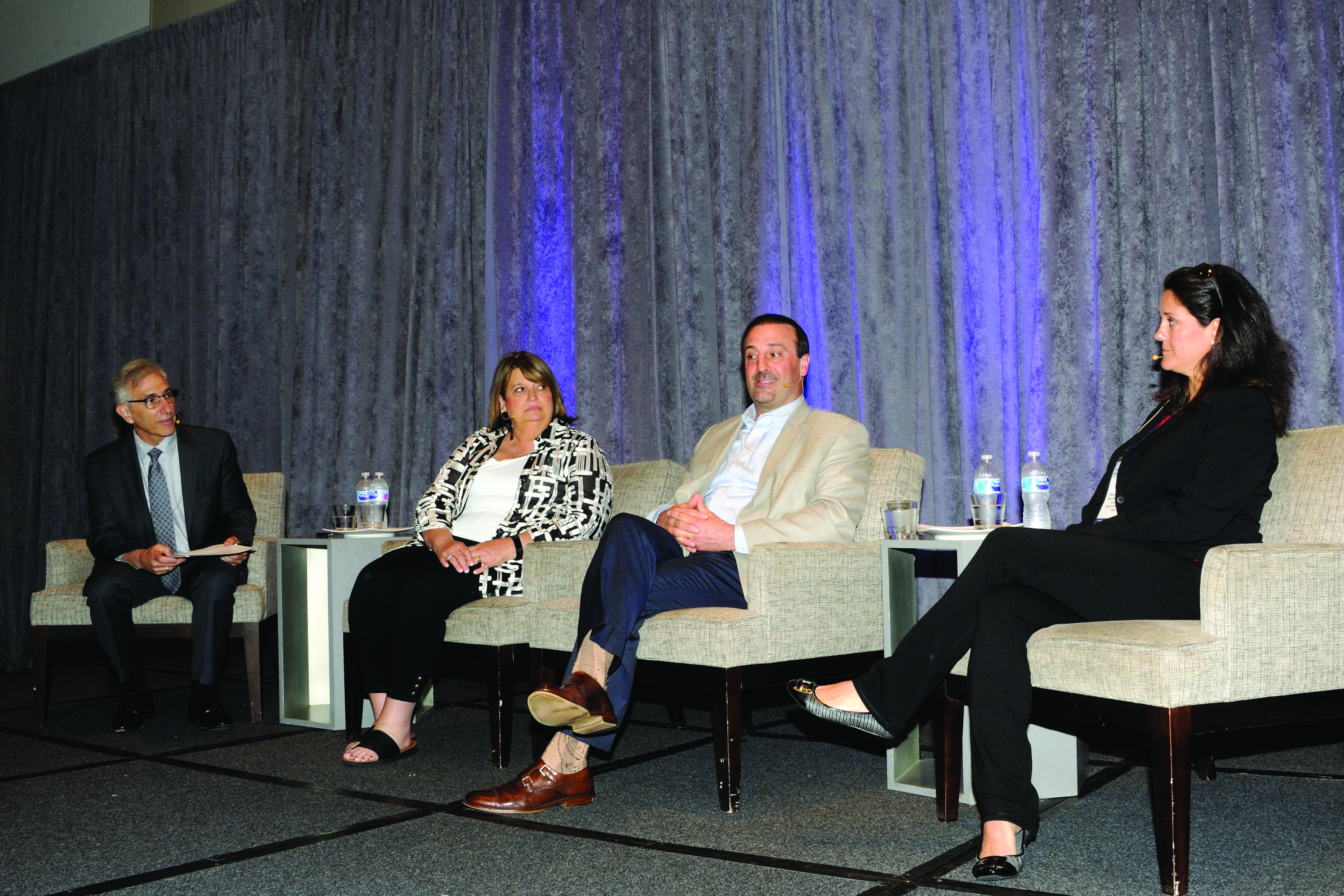 In multigenerational family businesses, family members’ differing interests and values may create conflict around issues such as dividends, business strategy or family employment policies. Unresolved family conflict can cause a family ownership group to splinter, which could threaten the sustainability of the enterprise.

Creating a strong governance structure can go a long way toward mitigating such threats.

“Having a place where differences can be worked out is a great risk-management strategy,” says Doug Baumoel, founder of Continuity LLC, a family business consulting firm.

The panelists offered their perspectives on creating effective interactions between the family owners and the board. Although all three panelists are fourth-generation family members, their companies’ governance journeys have varied widely.

E. Ritter & Co., founded in Marked Tree, Ark., in 1886, has interests in agriculture and communications.

The Ritter Family Council, formally established in 2008, comprises three branch representatives (elected by their branch of the family) and four at-large members (elected by the family shareholders). In addition, as many as three family members may serve as non-voting council members.

Dan Hatzenbuehler, a married-in fourth-generation member who is the chairman and retired CEO, recognized that the company’s governance structures needed to evolve in response to two events: the naming of Chip Dickinson as the first non-family CEO and the need for more engagement with the extended family.

All family members may attend family council and board meetings (except for executive sessions).

The Ritter family recognized that its fifth generation, now primarily in their 30s, needed to bond as a unit to ensure continuity of the business as a family enterprise. Fifth-generation gatherings, held in fun locations, have been created, combining social activities with the opportunity to learn more about the business.

At one of their gatherings, the fifth generation discussed the idea of adding a part-time, paid position to facilitate the needs of the family council. That idea became a reality; fifth-generation member Katy Wilder Schaaf today holds the title of director of education and engagement. Recently, the family has been working on ways to educate its sixth generation.

The lead family director position is also a paid position. In addition, family council members are paid a stipend and reimbursed for travel expenses.

“We wanted them to be contributing members,” Ray says. “Sometimes you get people who maybe don’t attend every meeting, maybe don’t make every conference call, that kind of thing. We really started to stress the importance of participation. And once we were asking more of people, then we felt like we should pay them a small stipend.”

Pitcairn, now a multi-family office based in Jenkintown, Pa., traces its history back to 1883, when John Pitcairn Jr. founded Pittsburgh Plate Glass (PPG). Patriarchs representing three lines of the family pooled their assets to form the Pitcairn family office in 1923. The family sold its remaining stake in PPG in 1986.

Pitcairn added the first independent directors to its board in the early 1950s, under the leadership of its first married-in president. Over the years, the board has been slimmed down from 16 members to 11. Today the board consists of three independent directors, three non-management family directors, four family directors in management positions, and the non-family CEO, who serves ex officio.

The Pitcairn Family Council was established in 1980. Before that time, there was no formal process for governing the family.

“We had what I call the ‘four uncles’ — out of a Martin Scorsese movie — making all the decisions, because they had all the voting power,” Pitcairn says.

According to Pitcairn, the third-generation uncles wanted to know why the fourth generation seemed to have no interest in the family enterprise. Meanwhile, the fourth-generation cousins were waiting for the uncles to step aside and make room for the next generation. The family council was created to resolve these issues.

The extended Pitcairn family now includes more than 800 bloodline members in its three branches. The family’s fourth generation spans 50 years; some G4s are in their 40s and some are in their 90s. Pitcairn has narrowed its family governance, however, to include only those family members who retain a personal ownership stake in the family office. That group numbers about 125.

The family council’s original goals were succession planning, identifying family talent with potential to work in the business, developing better-informed shareholders and organizing reunions and meetings.

Currently, the Pitcairn Family Council has 13 members, who serve three-year terms. The minimum age is being lowered from 21 to 18. While board meetings are restricted to board members only, family council meetings are open to all owners. A small stipend is paid for meeting attendance, and travel expenses are reimbursed.

The Pitcairn Family Council is currently in the midst of an overhaul, Pitcairn says.

“We’re turning into an owners’ family council, if you will,” Pitcairn says. “We’re looking at how the charter needs to change to address that.” The focus of the revamped council will be to create value for the shareholder base, he says.

Several years ago, Pitcairn and two cousins who also work in the family business formed a shareholder relations task force. They first spent a year working with outside consultants to receive training in active listening and to develop a strategy for reaching out to the family.

After these conversations, a follow-up survey was sent to the family. Nearly all expressed appreciation that the task force members took the time to meet with them and ask how they felt, Pitcairn says. Their responses will help guide the restructuring of the family council.

As part of the restructuring process, the family council charter will be revised, with an eye toward making it more relevant to the younger generation. “We’re going to keep what’s working and throw out what’s not working,” Pitcairn says.

Sasser Family Holdings: An evolving board

Sasser Family Holdings, based in Schaumburg, Ill., and founded in 1928, operates in transportation asset leasing and management. There are a total of 17 people in the third and fourth generations. The fifth generation ranges in age from 16 to 1.

The family enterprise started on the road to governance about a dozen years ago, when Peterson’s father, Fred Sasser, who is now the executive chairman and served 36 years as CEO, attended a conference on the subject and got excited about the concept.

“When we decided to go in, we went all in,” Peterson says. “We brought the consultants in, and very quickly we had the constitution, we had the employment policy, we had every document that you’re supposed to have,” including a family council charter. A family council was established, and the family enterprise transformed its all-family board into a fiduciary board, including independent directors, about 10 years ago.

Potential changes in the board composition in 2019 are under consideration, including the possibility of moving Fred Sasser to a chair emeritus role and adding another independent director to create a majority-independent board.

Board meetings are open to all family members, including those who are not shareholders. “The idea is transparency and inclusion,” Peterson says. All family owners receive board documents.

Family members are also invited to dinner with directors the evening before each board meeting, as well as to social events such as an annual companywide summer picnic.

The mission of the family council is to develop a deep bench of family members willing and able to serve as directors in the future.