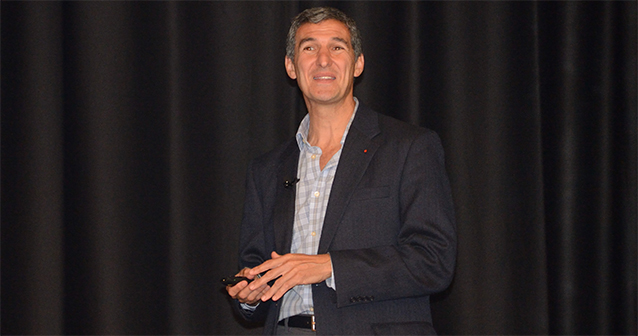 The success of Honest Tea owes much to its initial board of directors. That’s according to founder and “TeaEO” Seth Goldman, who outlined during the Private Company Governance Summit 2015 how he took his company from a start-up out of his own kitchen to eventually turning it into a multi-million dollar enterprise.

Goldman co-founded the company with his college professor from Yale, Barry Nalebuff. It was a two-man operation that they eventually parlayed into a multi-million dollar sale to Coca-Cola with products now featured in over 100,000 stores across the United States.

The idea originated after Goldman found himself wanting a satisfying beverage after exercising, but the products on the market were often too sugary, high in calories and did not adequately quench his thirst. He wanted something that had enough calories to satisfy without overwhelming him. So how did they take this idea to brew healthy, organic drinks into a fruitful business.

First came the investors, and then he needed to create a board.

As Goldman noted, the original investors were his parents, sister and Nalebuff ’s friends and family. In other words, people who they “wouldn’t feel bad about losing their money,” Goldman said.

As the company was growing in its early stages in the late 90s, Goldman realized he needed to create a board of knowledgeable people with the right expertise.

“We needed a board to help us think beyond day-today survival,” Goldman said. “How do I make payroll? How do I keep up with production? You need people who have been in that hot seat and have felt the pressure.”

A big part of Honest Tea’s success was Goldman’s ability to recruit highly-qualified individuals for his board. He was able to bring on Mark Ordan, founder and CEO of Fresh Fields, who had expertise in the natural foods business. Goldman then wanted someone with experience with a socially responsible brand, and was able to recruit Jeff Swartz, the former president and CEO of Timberland. Next he wanted someone in the beverage industry, so he brought in the CEO of Saratoga Beverage Group, Robin Prever.

These three board members were very influential in getting the company headed in the right direction. Goldman credits the fact he had an aspirational, idealistic view of what business could be, plus persistence in recruiting such a talented and experienced board. Then in 2002, they brought on Tim Tenney, a second-generation Pepsi distributor.

The Role of CEO

With the proper people in place, it was time for Goldman’s idea to come to life where it would be a prominent staple in food stores across the country. As CEO, he said his job had three primary duties:

• Create an idea that makes everyone excited

• Have the right resources to do it

Goldman already had the first two taken care of. In the first 10 years of the business, they raised over $10 million in private equity. Fast-forward to 2007, and the company had $23 million in sales. Suddenly Goldman realized that he now had a different set of needs. The company was generating a lot of interest from national chains, however, it didn’t have the distribution to make it work.

“We knew we needed distribution,” Goldman said. “We needed resources for growth, invest in expansion, advantages around purchasing, being part of a larger buying group, access to markets we didn’t have access to, and to scale production.”

Goldman set up a meeting with Coca-Cola in 2008 and the popular beverage company was very interested in Goldman’s brand. An important factor for Coca-Cola was its desire to trend more towards health and wellness and social responsibility.

That year, Goldman sold 40% of his company to Coca-Cola and it was time to restructure his company’s board. He had seven members on his board, and that number was reduced to five when Coca-Cola came onboard. Coca-Cola held two seats on the board, allowing Goldman to maintain majority control.

With Coca-Cola in the mix, Honest Tea’s distribution grew from 15,000 to 100,000 stores nationwide. Goldman was able to reach scalability by moving to a new manufacturing plant and purchasing multi-million dollar brewing systems, allowing production to increase from 18,000 bottles to 500,000 bottles per day.

The strategic partnership between Honest Tea and Coca-Cola was successful because:

• They brought in the right people

• Guided Goldman in the valuation process

Goldman said the partnership worked because they were able to “offer something different than the other side doesn’t have, and respect what the other side is doing.”

Goldman sold 100% of the company to Coca-Cola in 2011 for over $150 million. Most recently Honest Tea was able to strike a deal with Wendy’s and is now featured in all 5,800 stores in the country. The original investors in Honest Tea made 25 times their original investment by taking a risk.

“Those who say it cannot be done should not interrupt the people doing it,” Goldman said.