How to Respect Stakeholders and Ensure Shareholder Satisfaction

Honoring the dedication of talent is key to retention success.

For Bill Rankin, it is important that he stay vital and up to date on the goings-on in not only the food service industry, but also the world around him. This is because, after serving 33 years as CFO and continuing today as a board member – including vice chair and liaison to management roles – for Blue Bell Creameries, numerous parties are depending on him knowing his stuff. That list includes customers, vendors, fellow board members and, most importantly, employees. In an inflationary period, such as the one we are currently experiencing, employees tend to suffer. 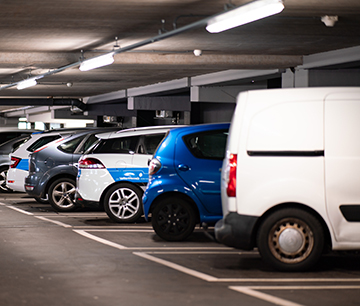 It’s the type of thing Rankin thinks about when he is walking through the Blue Bell parking lot.

“I go through the lot and I look at the types of cars that we have in there,” says Rankin. “This may seem like minutia, but I’ll look at how worn the tires are. I just want to know that our people are being taken care of.”

Rankin says two major factors can cause a board member to lose touch with company employees: age and income. So, he fights against that possible decline by reading and thinking. Those thoughts include questions like “What’s the median family income?” Or “What’s the median individual income?” When he is not digesting statistical information that has an effect on Blue Bell’s team, Rankin goes out of his way to talk to employees directly, discovering how they are handling the escalating cost of living.

“I’ll see them in a convenience store and I’ll buy them a Coke,” says Rankin. “It’s been a long time since I made a house payment or a car payment or those kinds of things. When you get into an inflationary period, it doesn’t affect everybody equally. I try to put myself in that other position.”

During his time as CFO, Rankin worked hard to establish a culture of appreciation for Blue Bell’s employees, a mindset that has paid off many times over. The company set up an employee stock ownership plan, established a 401(k) and also boasts a defined-benefit pension plan, something Rankin says he mentions “just so you know it is possible to adequately fund a defined benefit pension plan.” He states that Blue Bell recently provided all full-time employees with a $500 payment in response to rising costs in the marketplace, and notes that “In the current environment, I don’t know that once is going to be adequate.”

For key employees, Blue Bell goes a step further: offering them the opportunity to buy stock in the company. He believes this is different and more effective than the approach of offering stock options, which has been taken up by many companies.

“I know a lot of companies have stock options, and that works well, but when you have a stock option, you’re kind of sitting there waiting for the ship to come in. If you own stock, you’re in the ship. It’s different, and it does a lot for teamwork.”

While employees are always top of mind for Rankin, he is the first to tell you that his job as a director is primarily to represent the shareholder. He nods to many different stakeholder representatives, showing appreciation for Blue Bell’s customers and expressing a desire to see its suppliers do well.

“We’ve got a lot of suppliers, and I have to take care of them,” says Rankin. “I tell them that. We want long-term suppliers. I just get nervous if I see them high-fiving in the parking lot.”

However, at the end of the day, Rankin states that all of the steps Blue Bell takes to benefit stakeholders ultimately come down to providing shareholder satisfaction. He admires the risks they take in supporting businesses and the U.S. economy and stresses the role they play in increasing productivity. While he believes in being a good citizen as a business, he also believes all decisions should be made with the shareholder in mind.

“I think we need to respect shareholders and we need to reward them for taking risks. If we don’t, they will take their capital and go elsewhere.”