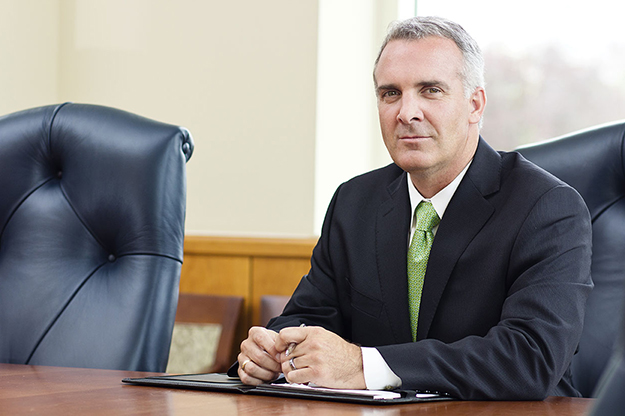 Have you attended a “Mad Tea Party” board of directors meeting and listened to the CEO’s unrealistic expectations about future performance?  Did you leave the meeting scratching your head about what you heard?

Lewis Carroll introduced us to the strange Mad Hatter and the March Hare in his 1865 book Alice’s Adventures in Wonderland. The Mad Hatter hosted the Mad Tea Party; during this raucous event there was one revealing exchange with Alice:

‘Have some wine,’ the March Hare said in an encouraging tone.

Alice looked all around the table, but there was nothing on it but tea.

‘I don’t see any wine,’ she remarked.

‘There isn’t any,’ said the March Hare.

How many times has a corporate leader told you there was plenty of wine about, but in fact, there was only tea at best? Your gut is screaming, … “There is no way this company can hit those targets.” But your hope and the March Hare CEO’s enthusiasm get the better of you. I have seen this scenario repeated many times at Stuck companies: too much over optimism and not enough effort made at analyzing the brutal facts and confronting reality.

What’s wrong with being optimistic and aiming high?

Nothing is wrong with high expectations, as long as the predictions are believable and achievable. In the July 2003 issue of the Harvard Business Review, there is an article entitled ‘Delusions of Success: How Optimism Undermines Executives’ Decisions.’  The authors (Lovallo and Kahneman) warn of the negative consequences of ‘flawed decision-making’ based upon over optimism. They state, “ … when pessimistic opinions are suppressed, while optimistic ones are rewarded, an organization’s ability to think critically is undermined.” Recognizing that people like to rally behind optimism, they say there ‘… needs to be a balance between realism and optimism.’

Jim Collins, in his acclaimed, best-seller Good to Great, devoted an entire chapter (‘Confront the Brutal Facts, Yet Never Lose Faith’) about dealing with reality. Collins’ research proved that great companies were continually objective about their performance, their competitive position and their customers’ needs. He said “… breakthrough results come about by a series of good decisions, diligently executed and accumulated one on top of another.” That is, breakthrough results don’t happen by simply rallying the troops with a lot of hot air.

Collins also discussed the potential negative impact a persuasive leader can have on an organization. “Indeed, for those of you with a strong, charismatic personality, it is worthwhile to consider the idea that charisma can be as much a liability as an asset. Your strength of personality can sow the seeds of problems, when people filter the brutal facts from you. You can overcome the liabilities of charisma, but it does require conscious attention.”

How can you spot The March Hare CEO?

During one challenging consulting engagement, I worked with a classic March Hare CEO who was functioning as a part-time chairman/CEO for a struggling company with revenues around $120 million (let’s call it “Company Stuck”). Company Stuck had the following issues:

Stuck’s CEO had a long history of working for and running large corporations (note the word large) with ample resources and staff. He was accustomed to the perks that accompanied corporate power and prestige. Stuck’s CEO was an extrovert … a gregarious and affable guy who had accomplished many good things in his early tenure with Stuck.

Stuck’s troubled circumstances meant there was still A LOT of hard work needed to fix the business and radically change its direction. Despite all the significant challenges ahead, the March Hare CEO told his institutional investors, board of directors and management team that:

Fifty percent revenue growth and EBITDA tripling? March Hare CEO made those broad, sweeping pronouncements without any reasonable action plans on how to back up the targets. He was offering up expensive wine to the board and investors when there was only lukewarm tea available. Fifty percent revenue growth was equal to about $60 million additional annual revenue by year three. Where was this growth going to come from when:

Getting to the $180 million level was not going to happen under those circumstances.

Following the company board meeting where the grandiose and unachievable plans were presented, I told the directors that the CEO had gone from ‘being a leader to a cheerleader.’ After challenging me on why I thought a cheerleader attitude was not beneficial to the business at that point in time, they ultimately decreased his influence throughout the change process. Stuck was restructured based upon the theme of ‘less is more’: the business was downsized to the strongest, core-operating units; corporate expenses were dramatically reduced; liquidity and cash flow significantly improved; and a new, clear strategic focus rallied the troops.

What are some ways for the board of directors to deal with a March Hare CEO?

If you think too much ‘wine’ is being offered up on an increasingly regular basis by the management team, go back to some basics:

“There is no worse mistake in public leadership than to hold out false hopes soon to be swept away.” – Winston Churchill

Jim McHugh is President of McHugh & Company, Inc. He specializes in providing strategic, operational and financial advice to under performing middle market companies.  He can be reached at 978-371-7113 or jim@mchughco.com. He would enjoy hearing any comments on the above article).