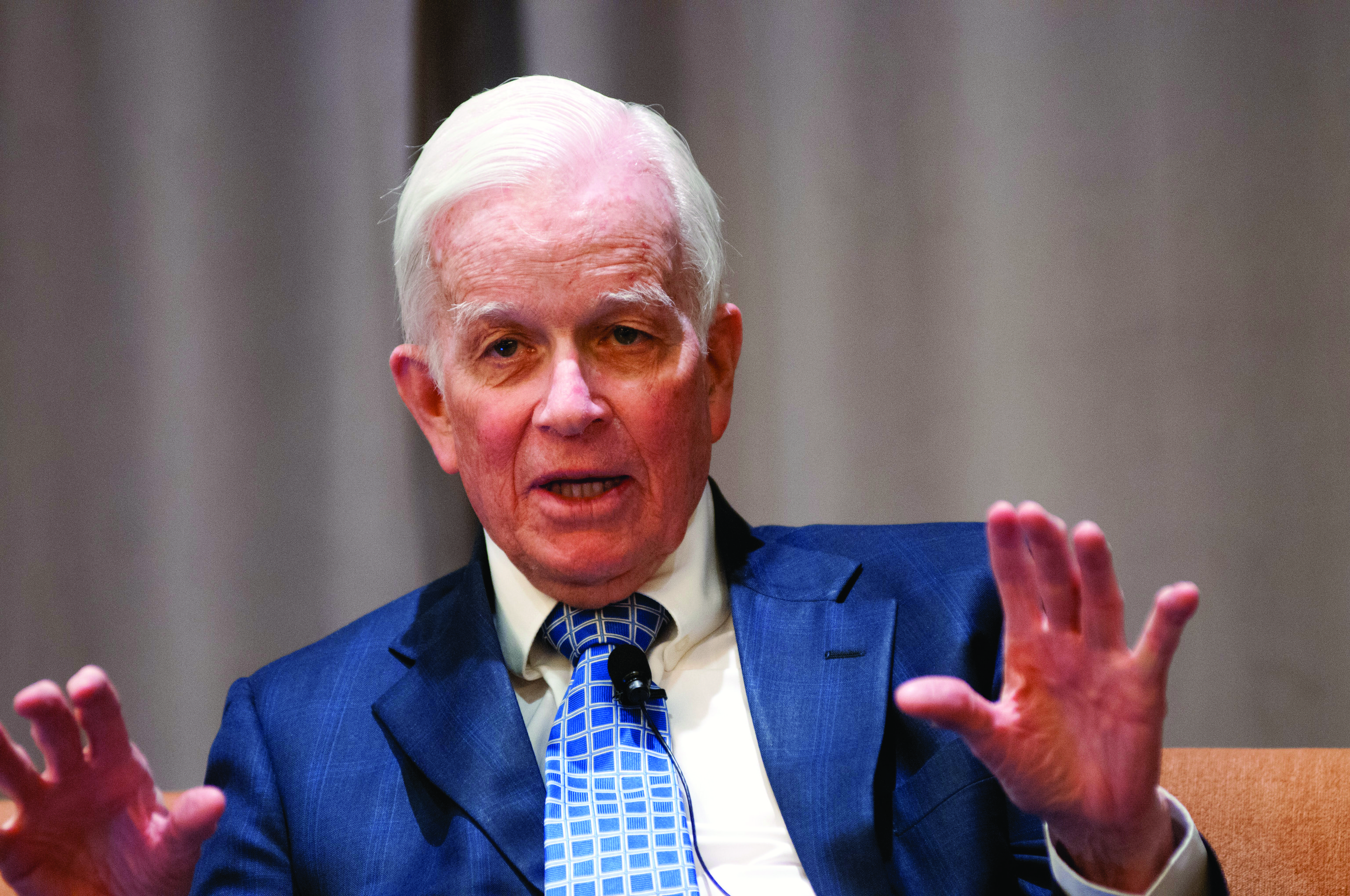 Private companies shouldn’t just try to emulate public boards — they should be even better.

That’s advice from Andrew McKenna, the chairman emeritus of McDonald’s Corporation who served as the fast-food chain’s non-executive chairman from 2004 to 2016. He’s also chairman emeritus of Schwarz Supply Source, a printer, converter, producer and distributor of packaging and promotional materials. And over the years he’s served on many civic, community and philanthropic boards.

“If you have a capable board of solid independent directors with sufficient diversity, and the company is a well-run company, it’s going to just enhance the whole organization,” McKenna says.

At Schwarz, he appreciated the discipline inherent in board governance, as well as “the advantage of having people I could come to and say, ‘Hey, how would you handle this?’”

There is one area where a board’s expertise is essential, ­McKenna notes.

“I think maybe the single most important thing that any board does is pick the right CEO,” he advises. He knows this from experience. At McDonald’s, two CEOs were felled by illness within seven months, requiring emergency succession planning. (See related article on McDonald’s.)

Independent boards’ objectivity can help family business members manage their disagreements, he says, “if there’s a generational difference in strategy or philosophy or what have you.”

He recalls a family he knows who wrestled with a decision without the help of a board. Two brothers occupied the top two spots in the company.  “A would-be acquirer came along, and there was a difference of opinion among the brothers as to what to do,” McKenna says. One brother wanted to continue to grow the business; the other viewed the offer as an opportunity to cash out.

The brothers engaged a mediator. “The only solution they were able to come to was to sell the business, much to the dismay of one of the brothers,” McKenna says. An independent board might have led them to the same conclusion, he notes, “but they would have had a better view of the issue.”

McKenna says he had advised the family to form a board, but his suggestion was rebuffed. The brother who opposed the sale later told him, “We never had the opportunity to really talk about it in an open setting with people who understood the business.”  The business was sold more for emotional reasons than economic reasons, McKenna says.

Most business leaders who initially object to a board become “converts,” McKenna says. He describes a company whose founder opposed his son’s decision to create a board. “He fought it and fought it,” but now that the founder has seen how the board can help,  “it’s like it was his idea.”

How to build a board

McKenna offers tips on building a board.

•          Beware of conflicts of interest. “You’ve got to be very selective in the people you pick to serve on the board,” he says. “They shouldn’t be serving because they’re friends of yours or your neighbor or what have you. They should be people with talent.”

•          Embrace diversity. Private companies should nominate a diverse slate of directors. “I’m a great believer in diversity of boards,” McKenna says. In addition to gender and racial diversity, he advocates diversity of talents.

“Let the board function as a board,” McKenna urges. He offers an example of a CEO who had assembled a solid board, “except he thought of the board as an applause society, there to cheer him on.”

The directors opposed an acquisition the CEO had planned. “It wasn’t a good fit for the company and was a major cultural disconnect,” McKenna says.  “He begged the board to do it, but the board did not support him.”  The CEO decided to take his board’s advice. A year later, the company he had wanted to acquire had a new leader with a different philosophy, and the deal made more sense.

The CEO “acquired that same company for less than half of what he would have acquired it for the year before, and he was able to understand the issue and the cultural differences, and make a few changes along the way,” McKenna says.

Financial institutions and other funders look favorably on companies with strong boards.

“In the case of my own company,” McKenna notes, “we were negotiating with a major, major company for a very significant piece of business, and they wanted to know about our governance. And I was very pleased to be able to say, ‘We’ve got a board, and here are the talents and here are the people.’  We wound up getting the business. I think [the board] was one of the bricks in the building that helped us get there.”

Directors can give advice to polish a company’s image, ­McKenna says. “I know very well a story of a private company, well run, with a CEO whose outside image was not good,” although the business was strong.

The CEO, whose company was located in a small community, seated a board.  A director pointed out that the CEO did not play a role in the community. At the director’s urging, the CEO got involved, and good feelings reverberated through the workforce.

Honest director evaluations are an effective way to get rid of underperforming directors, McKenna advises. “In one board I served on, we had to ask a director to leave — the evaluation was so poor that it left no argument,” he explains.

“I do agree that there needs to be some understanding that board refreshment is vital,” McKenna says. “If you have an understanding, and you ask the board to enforce it themselves, it’s amazing how it works.”

One example, he says, is a director retiring from McDonald’s board this year. “He’s a terrific director, but he served for 19 years. And he said, ‘I think if I don’t move on, it’s not a good example.’ That kind of thinking provokes others to think the same way.”