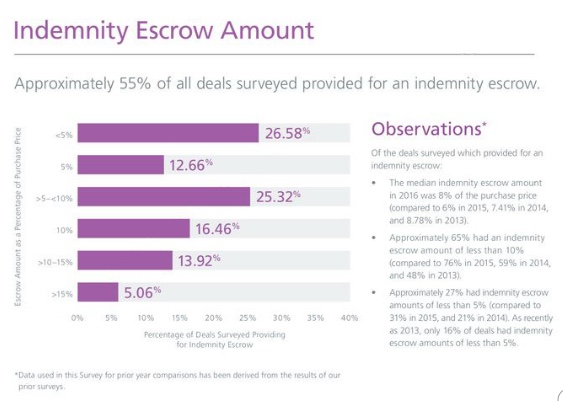 It’s still a sellers market when it comes to private company sales, but in the past two years there are some agreement terms that are less favorable, according to a new report.

While the current private company mergers and acquisitions environment is competitive among buyer and “is still trending to be more favorable to sellers as has been the case over the past two years, there are indications to suggest that certain terms are slightly less seller favorable than in 2015,” according to the findings.

Here are key takeaways from the survey:

•   Median Indemnity Cap Has Remained Unchanged Since 2013 - The median indemnity cap remained steady in 2016 at 10% as compared to prior years.