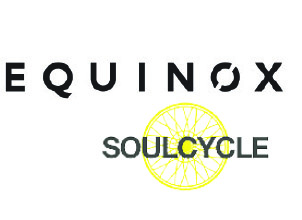 Fallout at Equinox and SoulCycle provides a lesson for boards.

In today’s hyper-politicized world, even private company directors can be caught unaware in a media deluge that impacts the companies they serve. The recent experience of a board chairman at a global real estate and lifestyle company shows how it can happen.

It began in early August when the news hit that Stephen Ross, the billionaire chairman of the privately held The Related Companies, was holding a high-priced fundraiser at his Hamptons home for President Donald Trump’s reelection campaign. Immediately, Related’s luxury lifestyle subsidiary — Equinox fitness club and its offshoot, SoulCycle indoor cycling studio — was thrown into a political maelstrom. Celebrities and club members who disagreed with Trump’s policies began calling for a boycott of the brands.

Equinox and SoulCycle moved quickly to dissociate themselves from Ross, saying they were not involved in the fundraiser and did not support it. They called Ross a “passive investor” although he is the founder and majority owner of their parent company. Related bought Equinox in 2006 and has reduced its stake in the company over the years to a minority interest, according to Axios.

But Equinox’s attempt to separate itself from Ross by using financial nuances landed like a belly flop.

“…Ross, both statements noted ‘is not involved in the management of either business,’ as though people were laboring under the assumption that he was choreographing spin sessions and personally restocking the eucalyptus towels at the gym,” wrote Bess Levin in Vanity Fair.

While the media storm seems to have died down a bit for Equinox and SoulCycle, the incident serves as a cautionary lesson for other private company directors when pursuing political activities during this time of extreme partisanship.

Political actions that are not fully thought out can rebound forcefully on the business by politicizing brands in ways the company didn’t plan. It appears even Ross was taken aback, with Axios reporting that the billionaire was “freaked out” by the backlash.

“The Equinox/SoulCycle incident was a lesson in what not to do,” says Stacy Feiner, a business psychologist and CEO of Feiner Enterprises, which works with boards.

The fallout from Ross’ activism landed on the businesses on whose boards he serves, as well as their stakeholders. This includes other investors, executives, employees, customers and the communities in which the company does business, she explains.

Indeed, days after the news broke, Equinox executive chairman Harvey Spevak wrote in an email to members that “it pains me to see how this has been impacting” employees. “The last week has been difficult for all,” Spevak wrote.

Ross defended his actions, saying in a statement he believed in being an active participant in the democratic process. While many companies and entrepreneurs have been politically active historically, today the landscape can be riddled with land mines, particularly for brand-centric companies. According to the February 2019 CMO Survey, 80.8% of marketers reported they are against using their brands to take a stance on politically charged issues.

A strong governing board — not just one that provides advice and counsel — can help companies avoid such blowbacks, says Jim Crocker, chairman of Boardroom Metrics, which works with public and private company boards on oversight duties.

The Trump fundraiser should have been identified by the board as a risk based on past controversies at other companies, and considered in that context. Perhaps it was thought that the relationship with the president was a strategic initiative that was good for business, say in the area of taxation, but was not sufficiently analyzed, Crocker adds.

“Organizations make those kinds of strategic decisions all the time without fully considering the implications or developing a formal plan around them,” Crocker says. “If there had been a plan, then the risks would have been identified.”

When the owner is the board chair it’s almost impossible to have strong governance, he says.  Most of the owners Crocker works with struggle with the concepts of entrepreneurship versus governance.

“They think ownership is governance,” he says. “A key problem is most owners don’t believe anyone other than them understands their business.”

Business governance experts believe an active board comprised of responsible directors who are independent of management are better equipped to spot and limit risk.

“Outside directors can bring a set of skills and expertise to the board consistent with the risks and strategies of the organization. So bottom line, independence on the board is better so long as the board is focused on oversight,” Crocker says.