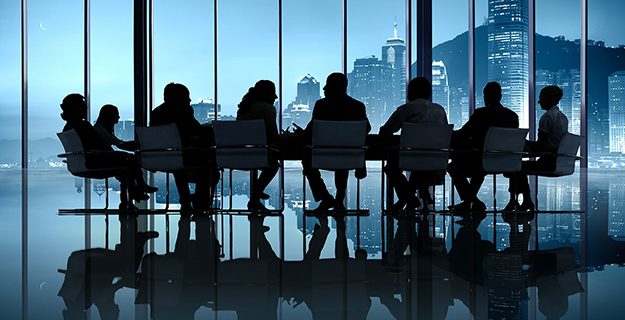 Three private company boards of directors to be honored at the Private Company Governance Summit on May 12, 2016, in Washington, D.C.

The boards of these companies were selected for recognition:

The awards, to be presented at the upcoming Private Company Governance Summit on May 12 at the National Press Club in Washington, D.C., honor private company boards who best serve their stakeholders—owners, shareholders, employees and community - with best practices in their structure and performance.

The Private Board of the Year awards were created to recognize those private companies who go above and beyond legal governance requirements and who commit to the highest levels of governance, whether through fiduciary and/or advisory boards.  Closely-held, family-owned and investor/private equity-owned companies were eligible for nomination.

Dozens of nominations were received; nineteen private company boards were selected as semi-finalists, and nine boards were named finalists.  The finalists were researched and interviewed by the editorial team of Private Company Director Magazine, and three boards earned the final awards after review by a panel of judges.

The three awardees represent different ownership structures:  family-owned, employee-owned (non-ESOP) and investor-owned firms.  They share, however, a commitment to professional governance at the board level.  While all of the nominees exhibited many governance best practices, the three awardees, in the opinion of the judges, exhibited a consistent, transparent approach to their governance, and modeled many best practices from public company governance.

The three awardees will be profiled in greater depth in Private Company Director Magazine.

Based in Traverse City, Michigan, Hagerty is the world’s leading insurance and service provider for classic vehicles and host to the largest network of classic car owners. A family business from the start, Hagerty set out to sell insurance that could not be found anywhere else. In 1984, right from their basement, Frank and Louise Hagerty launched the first Agreed Value policy for vintage boats, completely changing the way collector boats were insured.

This family-owned company’s board was formed in 2010, and the board members include three family members and four independent outside directors.  The chairman is a non-family member who was the former COO of the company. There are three standing committees:  Nomination/Governance, Human Resources and Compensation, and Audit and Finance.

Says CEO McKeel Hagerty,  “Families and businesses operate under two different value sets.  In a family, you’re valued for who you are.  In a business, you’re valued for what you do.  The challenge is in the collision of these two perspectives. So the introduction of an impactful third group—a board—can help weave the two value sets together or separate them where necessary.”

Founded in 1900, Mead & Hunt employs nearly 500 civil, structural, mechanical and electrical engineers, planners, historic preservationists, environmental scientists, architects, technicians and support staff in more than 30 offices located across the nation. The company consists of experts in planning, design, engineering and architecture serving markets nationwide that include aviation, bridges, education, food and industrial, highways, military, infrastructure, energy, and water.  Mead & Hunt generates more than $90 million in annual revenue. From its beginning as a partnership, the company was incorporated in Wisconsin as a C Corporation in 1949.  After beginning to expand nationally in 1994, Mead & Hunt has grown to generate more than $90 million in annual revenue.

Mead & Hunt is an employee-owned company (non-ESOP) with many unique characteristics. In 1994, there were nearly 20 shareholders (with four shareholders holding a majority of the stock), 100 employees and revenues were $9.7 million.  The company wanted to grow without outside investment, and began to expand ownership among employees.  Employees now self-nominate to be a shareholder based on meeting a minimum of 6 of 8 characteristics of a shareholder—their technical excellence, long-term growth potential, contribution to the success of the company, mentoring commitment and more.  The company now has 152 employee shareholders; the top 31 shareholders hold 51% of the ownership and no single shareholder is allowed to own more than 10%. The company expects to exceed $100 million in revenues in 2016.

Comments Chairman and CEO Rajan Sheth: “We have made an intentional decision to share control.  We’re not a dictatorship, but a capitalist democracy, and we want to pass the successful business to the next generation of employee owners through good governance.”

Pelstar, LLC designs, manufactures and markets a comprehensive line of professional products under the 90-year-old venerable brand of Health o meter™ Professional Scales. Originally formed in 1919 as the Continental Scale Works, its heritage is as the inventor of the “doctor’s” beam scale. Today, Pelstar maintains the tradition as one of the leading producers of weighing instruments for professional health care and medical uses, along with market-leading innovations such as their ELEVATE EMRscale™ and multiple EMR connectivity solutions.

Pelstar was created when a group of private equity investors bought a small division of the former Sunbeam. Initially, there were 15 shareholders plus a venture fund; over time, the fund was bought out, though the head of the fund reinvested in the company as an individual.  There are now 20 shareholders, including 10 employee shareholders.  With strong governance, the company now commands more than 50% market share, and its growth rate outpaces its industry peers.  While Pelstar is governed by a small board, with four members, it models itself after public company board best practices.

“Our board doesn’t just go down the agenda and tick boxes,” says CEO Dan Maeir.  “It promotes a transparency that goes throughout the whole company, encouraging our people to take risks and make decisions.  Rick Crandall, our Chairman, is a cheerleader, a team leader and a culture setter.”

Board Composition: Refreshing the Board
Designing a Private Company Director Compensation Program
The Executive Chair and Succession Planning