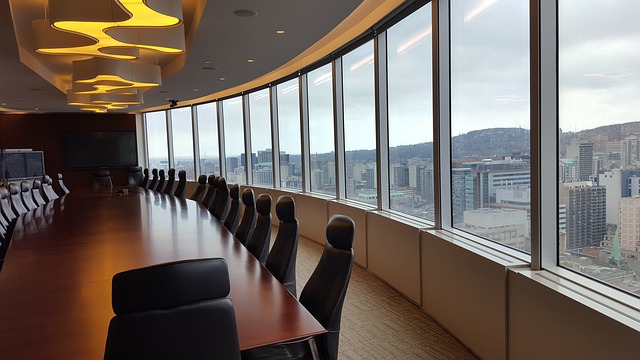 Corporate governance is a too-often underutilized tool by private equity groups (PEGs) in their portfolio company investments. Its strengthening would be a relatively simple way for them potentially to reduce risk and increase enterprise value, including their potential sale value.

Since their beginnings in the 1990s, private equity groups (PEGs) have become an important factor in the ownership of nonpublic companies, stemming from their establishment as “alternative investments” which afforded pension funds and other investors a potentially higher return than the stock and bond markets. PEGs typically make an initial “platform investment” in an industry that they believe is ripe for consolidation, followed by subsequent “add-on” or “tuck-in” investments, intended to achieve growth and increased profits through combining management and operations, increased access to capital, improved purchasing power and market penetration, etc.

PEGs have become among the most common exit strategies for private company owners and family-owned businesses. While some of those acquisitions are a 100% transfer of ownership and the previous owner simply walks away — hopefully having monetized many years of successful operation — it’s often the case that the previous owner either retains a minority stake in ownership, and/or some portion of the purchase price is an “earnout” — dependent upon the company’s performance post-sale. In such cases, the seller — and its board of directors — are betting in part on the quality of management of the new PEG owner, as well as the quality of the governance that the PEG will provide to its new portfolio company.

People whose “day job” often involves company distress, like myself, see first-hand where good governance can add value and reduce risk. While governance certainly doesn’t bullet-proof companies from having problems, it sure doesn’t hurt. And I have seen many examples of companies that got into trouble, where stronger governance might well have made the company more resilient, or possibly have helped them to avoid the problem altogether.

The perceived value of good governance is widely held. The days of check-the-box board governance are long over for companies of any size, especially of course for publicly held companies. The importance of boards and of “board culture” is increasingly recognized, and the National Association of Corporate Directors (NACD) has grown to over 21,000 members.

Academicians, including Wharton School of Business associate professor Emilie R. Feldman, have generally noted the favorable impact of good governance upon company performance, including the presence of “outside” directors, i.e., independent directors who are not part of management, nor of a parent company, and do not have any other associations that would impair their independence. Outside directors provide a critical dimension to board governance: because they do not draw a paycheck from the company, nor from any entity connected to the company, they can presumably “speak truth to power,” and provide a valuable check against an “imperial CEO” or a “captured board.”

However, with some notable exceptions, one encounters with regularity the boards of the portfolio companies of PEGs which contain no independent board members and are typically populated with three directors from the fund — the “deal team” — and two from management of the portfolio company. No one is independent, and the board’s collective viewpoint may therefore be somewhat insular and share a single frame of reference. And in general, so-called “best practices” of corporate governance are less evident in “investor-owned” private companies, of which PEGs are the most typical example. Some evidence of this was reflected in the “2015–2016 NACD Private Company Governance Survey: Investor-Owned Company Boards.”

Inquiries to PEGs about this practice are usually answered with references to the great business acumen and sophistication of the fund partners and their executive team, such that no help from independent board members is believed to be necessary. This excuse is consistent with the sometimes-unfair criticism of PEGs’ attitudes that, “If there was a good idea, we would have had it already!” (Or as we used to say at a certain Boston-area university, “You can always tell a Harvard man, you just can’t tell him much!”)

Another reason for their avoidance of appointing independent directors, many PEG representatives say, is their desire to avoid the fees that would have to be paid to any board members who are not on the payroll of the fund or the company. However, since PEGs are often focused on their eventual exit, it could be possible to compensate independent directors based upon that exit, aligning their interests with that of the PEG owner. Evidence shows that providing outside directors with an equity or equity-equivalent stake can be effective in strengthening governance.

There are of course many exceptions to the general statements that PEGs place less importance on corporate governance of their portfolio companies, and that they often do not put independent board members on those company boards, but these do nonetheless seem to be widespread practices. In response, some PEGs point out that for the past several years they have been hiring “operating partners” — former executives from the industries in which the PEG is investing, who are often among the fund’s representatives on the board of the portfolio company. The inclusion of operating partners is a good idea, and their involvement is no doubt valuable, but they are on the PEG’s payroll and are therefore not independent.

In one instance that illustrates the downside of ignoring portfolio company governance, a PEG portfolio company got into financial distress. This was bad for the careers of the PEG “deal team,” so their solution was to “dish” the company to the management team for a price of whatever discounted amount the secured lender would accept in repayment of its debt. There was no sale process whatsoever, and trade and other creditors went unpaid. As egregious as this may sound as an action by the board, under the deferential “business judgement rule” which governs the exercise of the fiduciary duties of directors, the board’s action probably would not have been assailable. However, this company was involved in an industry and in a state where the upstreaming of money from the portfolio company to the parent fund was subject to restrictions, which if violated could then impose personal liability upon the board directors. Such violations had in fact occurred, and the board members knew of their potential personal liability.  The board members thus failed the fiduciary duties of care and loyalty, and therefore weren’t entitled to the protection of the business judgement rule. The result was the company having to pay a large settlement in respect of those impaired creditors.

Had there been one or more truly independent board members, they likely would have opposed a sale without there having been any sale process, and/or have insisted on a fairness opinion, some minimal sale process, or even a negotiation in advance with creditors who would be affected. In other words, they would have “spoken truth to power.”

But there is a much stronger — and potentially more appealing — argument as to why PEGs should place more importance on creating better board governance for their portfolio companies — especially by appointing independent directors. Suppose that a PEG were considering two equally priced acquisition candidates that were identical in most respects, e.g., successful, family-owned companies which would make an excellent platform or add-on investment, but one of these had strong governance with a board which included independent directors — individuals who didn’t even play golf with “Pop.” It’s obvious which company the PEG would prefer to acquire.

And of course, PEGs are thinking at all times about their eventual “exit” from their investments. The money that they raise from pension funds and other investors typically has a planned repayment date — many years after the PEG’s establishment — by which all portfolio investments are to have been monetized and returned to the investors. Therefore, why not make all portfolio companies more saleable by strengthening their corporate governance, and adding independent board members, since the buyer will likely be another PEG, or a party with a similar view about the value of governance?

Howard Brod Brownstein is president of The Brownstein Corporation and an independent corporate director.