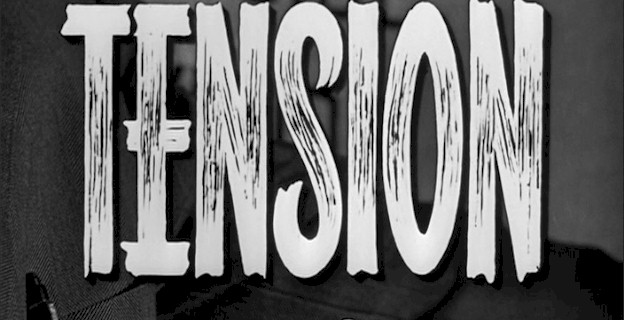 The opportunities for involvement and information that privately held companies extend to investors who are strangers are rarely extended to shareholders who are relatives. In my experience, few family businesses provide their minority shareholders with even one of three critical protections most investment bankers, venture capitalists and private equity investors insist on before purchasing a minority interest in a privately held company. Majority owners of family businesses often view a family membersâ request for even one of these protections to be almost a declaration of war.

The three protections are:

* Veto power over critical decisions. Although they do not have voting control, even moderately sophisticated investors in private businesses want to be sure that decisions that can seriously prejudice their interest cannot be made without their permission. Examples are salaries paid to the owners, hiring for critical positions such as CFO, family employment policies, the companyâs entry into new lines of business and the level of debt incurred by the business. In other words, sophisticated investors insist on protections against abuse by the majority owners.

* An annual budget, annual meetings and quarterly financial reports. As President Ronald Reagan famously said, âTrust, but verify.â There should never be pushback on investorsâ requests for quarterly financial reports, a copy of any audits and an annual meeting where the majority owners answer questions about financial matters. The mere existence of pushback is a warning that trouble looms on the horizon. The majorityâs unwillingness to share financial data or answer questions about financial reports can never be viewed as healthy. Providing minority investors with an annual budget is a way for them to uncover, and hopefully protect against, poor results due to the negligence, laziness or bad judgment of the management team. For majority owners who have operated without critical assessment, being required to prepare a budget against which they will be measured can engender anxiety. But the business world has become more convinced of the value of accountability in governance. A sophisticated investor wants the ability to measure the success of the majority owners. It is hard to make a logical argument (but easy to make an emotional argument) as to why a majority owner should object.

* The ability to exit. One of the attractive features of investing in the stock market is that if you need cash or if you feel that a company you have invested in is struggling, you can sell your investment for a market price. This is rarely true in privately held companies where outsiders are not interested in investing and the majority owners have no reason to pay a fair price for the stock of the minority. The freedom to exit is critical to an investor.

Prospective outside investors insist upon these three protections because they are logical and necessary limits on the power of the majority. They create an environment that requires the majority to focus on the welfare of the business and discourages the temptation for majority owners to focus on their own wellbeing. Certainly, if these protections are good for strangers, one would expect that they are even better for family members whose judgment may be skewed by long-simmering family issues. It would seem that these protections are healthy for everyone, are insulting to no one and do not tarnish or disrespect anyoneâs hard work or legacy. The prospect that the majority owners will lose their power if they fail because of their own shortcomings will keep them focused on the success of the business.

Nevertheless, as logical as it is to have these protections, many majority owners bristle at being asked. The currency of the negotiations is rarely logic or what is good for the business; instead, emotions take over. The request is viewed as âinsulting,â âuntrustingâ or âdisrespectfulâ of relatives, both dead and alive, who, family legend has it, sacrificed dearly for the business and made it survive as their âlegacy.â

The majority ownersâ reluctance to provide minority owners with these protections and the use of illogical emotional arguments to avoid the logic of their value might be a sign of resentment of their family member co-owners. For example, it is hard to imagine that the majority owners would refuse to provide budgets and financial statements to their lenders, or to answer lendersâ questions. It is laughable to think that they would ever say to their lenders, âHow can you not trust me?â or âThis is not the way our grandfather, the companyâs founder, ever thought that we would operate.â Simply put, the majority owners often share this information with any number of strangers, including lenders, insurance people and government officials. In a healthy business, this information is available to all shareholders.

Everyone who has dealt extensively with family businesses knows of shockingly bitter disputes between majority and minority owners that take years to resolve, cost hundreds of thousands of dollars in legal fees and threaten the destruction of the business. Many of these disputes arise because majority owners are unwilling to put these three simple protections in place. This reluctance will, over time, corrode the ownersâ relationship and raise the already high likelihood of resentments among the minority shareholders whose interests are not being treated with the respect that these three protections afford.

There is no question that providing a fair exit strategy is complicated and time-consuming. Nothing is easier to sweep under the rug. However, owners who are trapped in an investment from which they cannot escape will never be happy. Creative family businesses have found ways for minority owners to exit by providing a family bank that will make loans by taking the stock as collateral or by reserving money to buy out unhappy shareholders at a price based on the performance of publicly held companies in similar industries.

Regardless of what some appraiser may say about the value of the company, if a minority shareholder can never turn his or her stock into cash, the stock may be of no ârealâ value. Although the emotional legacy that is tied up in the piece of paper representing the stock might have been valuable to one generation, its value diminishes over time while the likelihood of problems increases.

Simply put, it is naÃ¯ve to think that a healthy, long-term relationship can be maintained when the family member owners are not treated with the respect and not given the protections that would be afforded strangers. FB