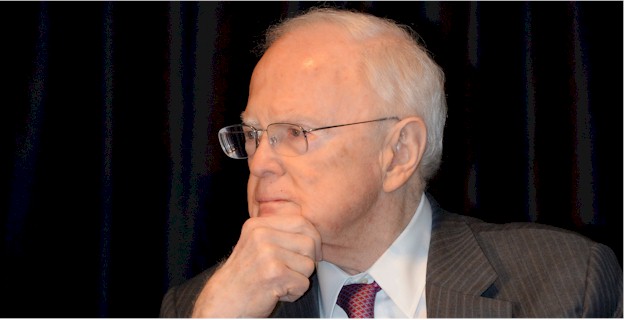 Former SEC Chairman Roderick Hills counsels private company owners and directors on term limits, board evaluation and the âindependent qualityâ of the board.

Rod Hills: The role of the board âis the discipline it brings to the Chief Executive Officer to rethink what he or she has done.â

As former Security and Exchange Commission Chairman and a director of many private and public boards, Roderick Hills has certainly seen the good, the bad and the ugly of corporate governance.

In a keynote interview with Directors & Boards editor Jim Kristie at the Private Company Governance Summit, Hillâs wisdom, experience and candor provided directors of both public and private boards with guidance that will help them avoid the bad and the ugly.

As chairman from 1975-1977, the Commission under Rodâs Chairmanship increased its focus on the role and accountability of the board in corporate governance. This pivotal time period led to Hillsâ view that boards can work effectively, and was a put forth in a similarly titled article in Directors & Boards in the early 1990s.

Jim Kristieâs first question for Hills centered on whether private companies should even have a board. âDoes the CEO want to have a disciplined experience, independent view of his work from time-to-time? If the answer is yes then it is obvious that there should be consideration of a board,â answered Hills. The role of the board âis the discipline it brings to the Chief Executive Officer to rethink what he or she has done.â In Rodâs estimation the size and breadth of corporate interests do impact the need for a board. âThe barber probably doesnât need a board but the corner drugstore might. Larger companies certainly do. Anytime you have more than one shareholder, no matter how closely held it might be. There is reason to have a board.â

The notion of director independence is critical to Hills. âThe ability to sit in a boardroom and say âno, youâre wrongâ or âno, you havenât thought about thatâ is the impact,â said Hills. Additionally, the director can make an impact by giving the CEO insight into the value of the company. To this point Hills said, âA board can bring you to the mark and say âare your estimates and assumptions the right ones? Consider the alternatives.â Good auditors can do that but a good independent audit committee can do it better.â

Moving on to a question of director liability, Kristie asked, âHow risky, from a liability standpoint, is private company board service?â With a bit of humor, Hills replied, âWell compared to what? It is less riskyâyou donât have the SEC looking down your back.â Changing the focus of his answer to the enterpriseâs liability Hills added, âThereâs less risk (for the company) with a board than without.â

Hills raised a key point about director impact by describing his view that it is the willingness of the CEO to listen that mediates the impact of the director. Using his experience of watching corporate train wrecks and the public companyâs ability to bring in a new CEO, Hills said, âIn most private companies it is not practical to fire the CEO. You (as a director) may be able to convince the CEO to bring in a manager or a CEO under him or her. So really, it is the CEOâs willingness to listen.â

In discussing transitioning directors off of private boards and bringing new talent on, Hills explained that it is not necessarily set term limits that will drive board effectiveness, âbut the question is do you have a new face on the board with some regularity? If you can organize the board so that every five years or so you get a new director, thatâs more important than any particular rotation.â

In describing how to maintain board effectiveness Hills sees self-evaluation and third party evaluation of the board as critical functions and recommends that the non-executive lead director have the responsibility for board evaluation.

Kristie asked a key question that serves as a cautionary measure for private company shareholders. âCan a board lead a company astray?â

Hillsâ reply was direct, âOh, yes. It is so easy, particularly if you have a private company that is family-run, and a couple of bright eyed business school graduates come on your board.â Rodâs example to illustrate this point showed how an established strategy of an older family company was disrupted by new board members. The board led the company toward an ineffective strategy. âThatâs why you need more than one perspective. The board isnât everything,â said Hills.

In responding to a question regarding finding the right balance of the frank perspective you are supposed to want on a board, while fostering enough agreement to have a productive environment, Hills said, âTo me the issue is, is there an independent quality on the board? As long as there is an independent quality, I donât think you need much more than that. It means the board can function. People can speak up. The words diversity, independenceâ¦ open mind is perhaps the best one. How do you get an open mind?â 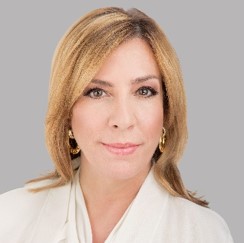