Yes, Directors Can Do More Than Direct 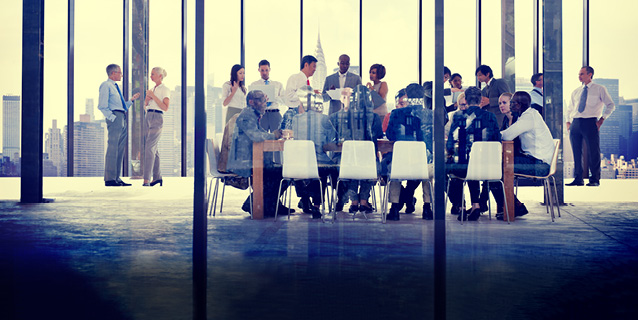 Yes, Directors Can Do More Than Direct

They can make excellent facilitators in the strategy development process.
The primary role of a director is to provide governance and oversight. There is a line that should not be crossed between governance and management.
However, we should remember that board members are elected because of the experience, knowledge, and skills that they bring to the table. Limiting board members to governance and oversight roles may deprive the company of special skills, experience, and knowledge that can create value by guiding conversations around the company’s strategy.
In my 20 years of experience as an executive in companies, which have ranged from start-ups to public companies and nonprofit organizations, I either served on the board or directly worked with it, and that line between governance and management was rarely ever crossed. On those occasions when it was, board members were accused of micromanagement. In many cases, company managers felt their autonomy to do their job their way was stripped from them, resulting in their sense of a lack of ownership and accountability and their blaming board members for poor company performance.
In 2000 I negotiated the sale of a small Silicon Valley technology company to a larger, public company with a market capitalization of $2.2 billion, where I eventually came to serve as a vice president. One day, one of the board members took a group of some 20 of the management team through a scenario-planning exercise that was focused on strategy development processes. I was amazed at the insight that came out of that event and by the value that the board member provided to the company, beyond governance and oversight, by facilitating this session.
When it comes to guiding scenario-planning conversations, a company can hire a consultant-facilitator to facilitate its strategy development and that person may have more experience than any board member in that company. However, there is a lot to be said for the personal involvement that a board member has in the company, giving directors the ability to facilitate better than an external consultant because they come to the table already equipped with customized, inside knowledge of the organization and the challenges it is facing.
Case in point: In 2002, while serving as a director of strategy of Texas Instruments, I facilitated a scenario-planning event at the company. At one point, we drilled down on the critical uncertainties facing the company, the factors that will split the future into several, plausible futures, and winnowed that list down to two items. To my surprise, a factor that I considered highly uncertain was identified by the 30-some participants as highly certain. I stopped the process, and found that while half of the participants thought this factor would develop in one direction, the other half believed the opposite. This factor ended up heading the “critical uncertainties” list, and helped define four plausible futures, which eventually drove that group at Texas Instruments to develop a strategy that led to the creation of a $500 million business unit. This would likely not have happened if an external, uninvolved facilitator was used.
However, process facilitation by a board member may be interpreted as crossing the line from oversight into management, causing the executive team to feel micromanaged and reducing their level of accountability, which should always remain with management. Board directors should be very careful in playing the role of facilitators — you want them to add value to the strategy development process but not micromanage the process.
Although board members are supposed to provide pure governance and oversight, their special skills should be used as facilitators as part of their role in guiding the company’s direction, especially in regard to strategy development processes. After all, they were recruited as board members because of their unique skills, knowledge, and experience. At the same time, board members who take on the role of facilitators in their companies should be very careful never to cross the red lines into management. They need to make it very clear to all participants in the processes they facilitate that they will not manage the outcome, just the process.
Bookmark/Search this post with
Dr. Yoram Solomon is a managing partner of Large Scale Creativity,  a firm committed to enhancing innovation in Corporate America.
He is the author of four books and multiple innovation and creativity articles, and has nine published patents and many pending.
Dr. Solomon can be contacted at yoram@romatix.com.
Bounce Convert hidden link