The Compensation Impact of COVID-19 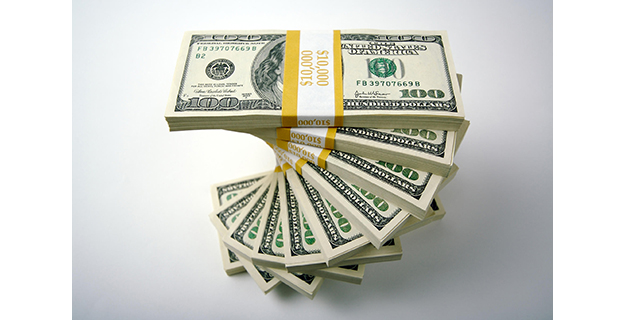 The Compensation Impact of COVID-19

Private companies moved quickly on short-term finances, but are waiting to make long-term incentive adjustments in the wake of the pandemic.

As private companies face an unprecedented global health crisis caused by a novel coronavirus outbreak, some businesses responded preemptively with early actions to preserve cash, such as freezing both hiring and pay rates, according to a study done at the beginning of business and community shutdowns.

Survey results from 64 private companies shows many businesses reacted quickly to the impact of the COVID-19 virus, with roughly 40% of respondents adopting salary/hourly rate freezes for workers and executives, according to a survey conducted by the consulting firms Compensation Advisory Partners (CAP), Equity Methods and Board Prospects between March 25 and April 1 to study the impact of COVID-19 virus on compensation. Forty-five percent of companies implemented a halt in hiring.

“It was striking how quickly companies responded with salary freezes and hiring freezes within a few weeks of U.S. shelter-in-place orders. U.S. businesses relying on China saw COVID-19’s effect in January and its economic impact on Europe as it spread there in February. When COVID-19 finally landed in the U.S. in March, businesses saw the writing on the wall and the reaction was swift,” says Bertha Masuda, a partner at CAP.

“For the companies announcing broad-based employee lay-offs and pay cuts (especially in the hard-hit industries), it has to be a shared sacrifice where executives have to take pay cuts as well. It shows leadership and that everyone is in it together for the benefit of the company,” says Susan Schroeder, also a partner at CAP.

Only a small fraction of companies reported actions to retain workers, such as one time bonuses or temporary stipends.

At the time the survey was conducted, more than two-thirds of respondents had already approved their 2020 annual incentive plans. Of those companies surveyed, 77 % had not made any assumptions related to potential impact of the coronavirus crisis when approving goals for long-term performance awards, according the report. And 68% of companies surveyed said they had not yet decided to make any performance adjustments to outstanding long-term incentive awards based on the impact of the pandemic.

The impact on compensation should become clearer in the coming months. Masuda predicts that executives of companies that took pay cuts as a measure of solidarity with their employees will eschew 2020 bonuses.

“By Q3, shelter-in-place restrictions will have been lifted and businesses will likely be operating under new distancing guidelines and protocols in an effort to prevent a second Covid-19 wave. Some companies will have weathered the storm and will operate with reduced capacity and revenue. Some businesses, especially those companies that are financially vulnerable (high debt levels, low cash reserves), will not be able to survive,” Masuda says. “We have found, though, that many privately held companies, especially family-owned businesses, tend to be financially conservative so we expect that while tough decisions will be made to keep costs low (such as furloughing employees, salary freezes, pay reductions), they will be able to weather the storm.”

In the early days of the shutdown, just 16% of firms said they had resorted to furloughs for hourly workers while 10% said they had implemented furloughs for salaried employees. At that time, companies were taking a wait-and-see approach “as they did not want to cut too drastically if business was going to bounce back,” Masuda says.

“But now that the stay-at-home orders have dragged on and the economic impact is worsening, we are seeing more announcements of layoffs and furloughs,” she says.

Airbnb co-founder and CEO Brian Chesky sent a memo to employees on May 5 informing them that 25% of its employees or 1,900 people “will have to leave Airbnb.”

“Airbnb’s business has been hit hard, with revenue this year forecasted to be less than half of what we earned in 2019,” Chesky wrote.

WeWork, the beleaguered office sharing company whose IPO was scrapped last year, instituted another round of layoffs at the end of April, in addition to the 250 employees cut in March, Bloomberg reports.

While the financial stimulus from the federal CARES Act and the Main Street Lending program aims at saving job until the economy improves, Masuda says that if revenues continue to be depressed, layoffs will expand from consumer-facing industries like retail to other industries such as commercial real estate, financial services and professional services.

When it comes to annual or long-term incentive plans, the study found that 62% of companies said they were considering adjusting metrics to emphasize new priorities.

“Until COVID-19, the economy was robust and most incentive measures focused on growth and earnings. Now, there is a focus on preserving liquidity (cash flow), cost-cutting (hard dollars saved) and efficiency (return measures). We also expect to see an emphasis on employee and customer safety. Lastly, companies that have multiple business lines (some counter-cyclical) have not suffered as much so we expect to see companies focusing on diversifying their revenue streams,” Masuda says. “I think the most creative response to this survey question came from one of our clients who said they are looking at new metrics including resilience, ability to adapt to the new norm and leadership skills during a crisis.”

Masuda expects companies will hold off on making changes to bonuses and long-term incentive plans until they see their financial results. This could include rewarding people who responded well in the crisis.

“Privately held businesses tend to take a long-term view of their [incentive] plans and generally do not change them. As a result, we don’t expect many companies to modify [their] plans unless depressed conditions persist for a few years,” Masuda says.

“In select cases, companies, especially those with appreciation-based plans, may consider an additional grant to retain key executives and take advantage of lower-than-normal valuations. Companies with long-term cash plans may find it difficult to set goals in this uncertain environment. As a result, they may widen the ranges of acceptable performance.”