Did Lack of Board Independence Derail Forever 21? 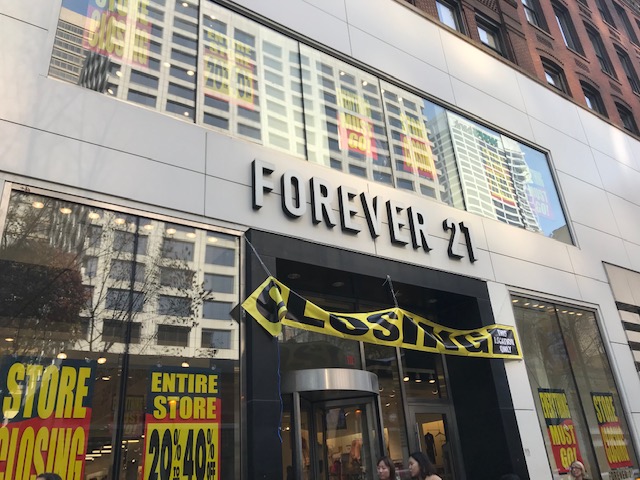 Did Lack of Board Independence Derail Forever 21?

The closely held retailers, restructuring under bankruptcy, could have benefited from good governance

Before seeking bankruptcy protection in September, the closely held, family owned retailer Forever 21 Inc. had only three board members: the founder, his daughter and the company’s president.

It wasn’t until Forever 21 had hired a number of turnaround advisors, including Lazard Freres & Co. and Kirkland & Ellis law firm, that efforts got underway to improve the corporate governance structure, according to Jonathan Goulding, who was appointed chief restructuring officer of Forever 21 in August.

Goulding told the court during the bankruptcy process that the appointment of three new, independent directors was a first step toward the financial recovery of the organization. It was an action that was clearly needed at Forever 21, corporate governance experts say.

“Given its structure, it doesn’t seem that the three-person Forever 21 board was very focused on corporate governance – that likely wasn’t their role. It would have been a no-brainer for the turnaround team to recognize the need to expand and diversify the board,” explains Jim Crocker, chairman of Boardroom Metrics, which works with public and private company boards on corporate governance.

Goulding’s account of the company’s struggles should serve as a governance wake-up call for management of all privately held companies, not just Forever 21’s founder and director Do Won Chang, a South Korean immigrant who built a global retail empire from a single store opened in Los Angeles in 1984. One can imagine what the signing of the bankruptcy filing must have been like for the former gas station attendant who holds no formal secondary education but managed to become a multi-billionaire.

The bankruptcy filing is a dramatic change in fortune for Chang, whose privately held clothing and accessories business saw worldwide sales plummet from a peak of $4.1 billion in 2014 to $3.1 billion in the 12-month period ending in July 2019.

Now, Forever 21 is scrambling to reorganize as the holiday shopping season looms just weeks away. As of the September filing in Delaware, the venture owed $350 million to their vendors. Goulding told the court that if the vendors are not paid Forever 21 would not have enough inventory for Black Friday and the critical holiday season.

Similar details in Goulding’s first-day declaration to the court reveal the high drama the business has undergone in the months leading up to the filing. The narrative describes the near-fatal business misjudgments at Forever 21, including a too-rapid international expansion and merchandise that failed to connect with customers outside of the United States and Latin America. In addition to the inability to scale, the declaration highlights significant corporate governance weaknesses. For example, the board overseeing this aggressive expansion was just Chang; his daughter, Linda Inhee Chang, executive vice president; and Alex Changho Ok, president of Forever 21.

Corporate governance experts say boards should endeavor to create a diverse group of directors to support good decision-making. Diversity of experience, as well as gender, race, age and ethnicity, make for a more expansive set of board skills and perspectives, according to the 2018-2019 NACD Private Company Governance Survey.

“Boards need enough diverse expertise to manage the risks and strategies that the organization is facing,” says Boardroom Metric’s Crocker. “It seems unlikely that three people (regardless of their background) have all the skills required to do that. In this case, at least two-thirds of the board were related. It’s very unlikely they were objective in their governance of the organization.”

Over the years, the Changs retained both ownership and control of Forever 21, turning down “numerous opportunities that would facilitate generational wealth,” Goulding writes. As of the filing, the Chang family holds approximately 99% of the common equity interests. Alex Changho Ok, holds approximately 1%.

Management was also a family affair. Chang’s wife, Jin Sook, a former hairstylist, originally controlled design and merchandising. Daughters Linda and Esther both hold executive positions with the company. And when the Changs began to expand, Jin Sook’s brothers and cousins came onboard to open stores.

Experts say such inwardness could explain why the family stumbled badly when it launched an bold international expansion in 2008. The initial strategy was to have city flagship stores acting as a hub to locations in lower rent areas, the filing says. But Forever 21 ended up with too much floor space in large format stores, creating inventory management issues. What’s more, the Forever 21 styles “failed to resonate over time across other continents.”

Based on court filings, Forever 21 struggled to get debtor-in-possession (DIP) financing that would allow the company to reorganize during the bankruptcy proceedings. Although more than 30 parties were contacted, the business received only one proposal for a DIP asset-based lending (ABL) facility and eight proposals for a junior term loan facility, according court documents.

“No party was willing to provide financing to the Debtors on an unsecured or administrative priority basis,” the filing says.

At the time of filing, Forever 21 had gotten $350 million in DIP financing in the form of a $275 million asset-based lending facility and a $75 million term loan. Now, Forever 21 is working to restructure, including streamlining its store footprint.

In a letter to customers, Forever 21 says it expects to emerge from bankruptcy “a stronger, more viable company that is better positioned to prosper for years to come.’