ICSA proposes changes to the governance of UK private companies 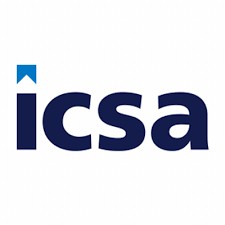 ICSA proposes changes to the governance of UK private companies

Fri, September 16, 2016
ICSA: The Governance Institute has written to the Prime Minister Theresa May with suggestions as to how she can reform governance at private companies following the collapse of BHS.
“All company boards have a duty to act in a way that is in the long-term benefit of both the company and society at large. As the case of BHS has demonstrated, the fact that a large company may be privately owned does not reduce the public impact when it fails,” says Simon Osborne, Chief Executive of ICSA: The Governance Institute. “Boards of larger private companies should be expected to aspire to the same standards of governance as those in the listed sector.
“The Companies Act 2006 already states that the duties of directors – which include a requirement to consider the long-term consequences of their decisions and the impact on their employees and the community – apply to directors of all companies, not only publicly quoted ones. We recommend that private companies required under the Act to have audited accounts and to produce a directors’ report should be required to disclose in their annual report the extent to which they comply with the UK Corporate Governance Code.
“Secondly, if we are to expect the same standards of professionalism from the boards of larger private companies as we do from public companies, we recommend that the legal requirement for public companies to have a company secretary should be extended to these companies as well so that they can benefit from the advice of a seasoned governance professional.
“As the professional body for governance, we strongly welcome the emphasis that Prime Minister Theresa May has placed on rebuilding trust in business. Good governance is key to this important objective.”
Bookmark/Search this post with
Bounce Convert hidden link