The Role of the Private Company Board in Family Business Succession 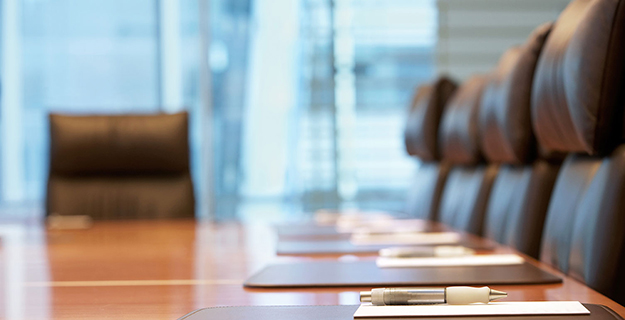 The Role of the Private Company Board in Family Business Succession

One of the most important responsibilities of a board is to ensure a smooth CEO succession, whether the company is public or private. However, succession planning in a privately owned family business will have many unique considerations the board must consider.

As stewards of Seaman Corporation, an industrial fabrics business founded by my father, we have been part of three CEO successions.

Following my father’s passing at age 55, I stepped into the role and served in that position for 40 years. When I took the helm, we made $10 million in annual revenue. During my tenure we built a strong governance process through an independent board of directors and grew revenues to $150 million. In my early 60s, the board and I began thinking seriously about CEO succession planning.

We faced two significant challenges. While our three children are engaged family shareholders, they neither worked in the business nor did they have a desire to succeed me. Secondly, while I had a very capable and experienced COO, he was just a few years younger than me. The sense of urgency became stronger for the board when the COO announced his plan to retire in two years.

While our immediate challenge was to find a successor for the COO position, the board realized that, because of my age, we would need to select someone who could then succeed me as CEO. There were two internal candidates in whom we were willing to invest in advanced leadership training.  We specifically told the candidates and the organization that this was not a horse race. We did not know exactly what the management structure might look like moving forward, but both candidates had future leadership potential.

Our development program included a leadership coach, continuing education at the Harvard Business School and participation in quarterly CEO/COO offsite retreats. Both candidates performed very well in this process, so we began exploring a co-leadership structure. Consequently, the COO function was replaced with co-presidents with the hope they might serve as co-CEOs when I retired.

While that model worked in the beginning, it became apparent that one candidate’s leadership development was progressing faster, and his management style was more aligned with the historic culture of the company. Ultimately, this person was selected to serve as COO and subsequently, succeeded me as CEO. The other candidate left the company to pursue a new career.

The board’s expectation and intent was for this new CEO to serve in that role for a minimum of 8-10 years and develop one or more internal candidates as his successor, as we had done before. However, our CEO decided to retire in five years later at the age of 58. While he did an excellent job of continuing the growth of the company, he had not had time to develop viable internal candidates to succeed him.

Our independent board, once again, had to address its most important responsibility and engage in the process of finding a second non-family successor to the CEO role. This time they had the additional complication of incorporating potential outside candidates.

We agreed to engage a search firm to conduct a national CEO search so the family shareholders and the board could have the experience of a succession process with an external non-family CEO. We tasked the executive search consultant to identify candidates who would be uniquely suited to make a long-term commitment to our family business. The consultant interviewed all stakeholders including family shareholders, the board and senior management staff and from those interviews, they developed job specifications for the CEO search.

Though the search process culminated during the beginning of the pandemic, COVID-19 did little to change the plan that was established at the outset of the search. Final interviews with the board were conducted over Zoom and the transition from our first non-family CEO to our second occurred in the spring.

CEO succession is a critical moment in any business. There will be plenty of overlap in the kinds of considerations a public or private company will take into account when assessing candidates. However, multigenerational family businesses must find a leader who is equally invested in their values, vision, sustainability and company and family culture over generations.

An engaged independent board of a multigenerational family-held business will have significantly different criteria than a public business:

Richard Seaman is the author of A Vibrant Vision: The Entrepreneurship of Multigenerational Family Business. Seaman is the former CEO and current chairman of the board for Seaman Corporation, a multigenerational family business that has grown from $10 million to $200 million in annual sales under his leadership.