Uber and Tone from the Top 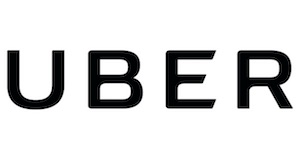 Uber and Tone from the Top

Lessons for boards from Uber scandals

Uber is known for its very aggressive, only-the-strong-survive competitive culture. But that tone, set largely by the company’s co-founder and CEO Travis Kalanick, may have contributed to the ride-hailing powerhouse’s recent woes.

But don’t just blame the top dog. When tone and culture fall short and cause harm to Uber’s reputation and spark legal issues, it becomes a board issue.

Uber engineer Susan Fowler recently published a blog outlining her experiences and those of other women regarding sexual harassment within Uber. Fowler also reported that many women were leaving Uber because they faced a hostile work environment.

Then came a The New York Times report that Uber is using a program that identifies law enforcement officials hailing Uber drivers in cities where Uber had not received regulatory approval to operate. To avoid detection and to make it more difficult for law enforcement to build a case against Uber, drivers were instructed not to pick up those riders identified as law enforcement officers.

And late last month a story in TheInformation.com unearthed reports Kalanick visited a Seoul, South Korea, escort/karaoke bar in 2014 with several employees, including a female who  complained to human resources. One could certainly challenge the wisdom of Kalanick’s decision visit the bar. For all leaders optics, as well as substance, matter.

All this led to a decision by Uber’s management to bring in a Chief Operating Officer to help Kalanick “write the next chapter” for the company, according to a recent article in The Wall Street Journal.

Indeed, the problems in the first chapter set a bad tone. The company’s management gave a green light to operating before receiving regulatory approval and using a tool to avoid detection, and that sends a message to employees that pushing the legal and ethical boundaries is okay.

How will Kalanick know where his thousands of employees around the world will draw the line?

Every CEO should know that it is only through their tone at the top and organizational culture that employees will know how to conduct themselves. If the CEO can’t set an effective tone, that’s where the board must step in.

What boards should do

There are number of things that boards should do to avoid incidents that damage the reputation of the company: