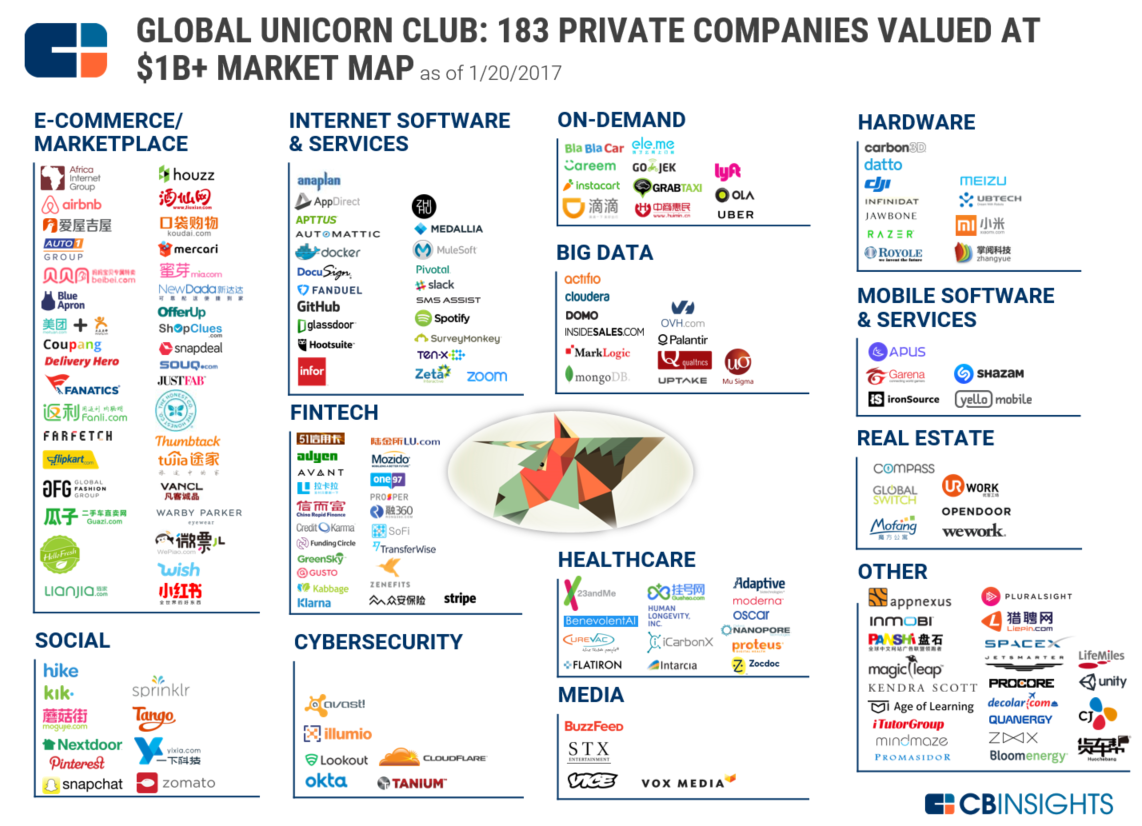 Aspen Institute CEO Walter Isaacson told CNBC this week that investors should be watching a host of private technology firms as a possible future investment.

Companies such as Uber and Airbnb, and others that don't get as much fanfare, including Houzz, Stripe and Dropbox, aren’t on “the public market radar yet but will be over the next 12 to 18 months," he explained. "We think that’s a healthy undercurrent.”

Indeed, it’s quite healthy. The number of private tech firms with a market value of more than $1 billion rose by 40 last year, boosting the overall list to 183 such firms globally, according to CB Insights, a venture capital data base firm.

Overall funding, however, was down 24% compared to 2015, and 13 former unicorns, as the $1 billion plus tech companies are known, left the list after a merger or initial public offering.

All the companies Isaacson mentioned are on the unicorn list.

The top 10 private tech firms are: