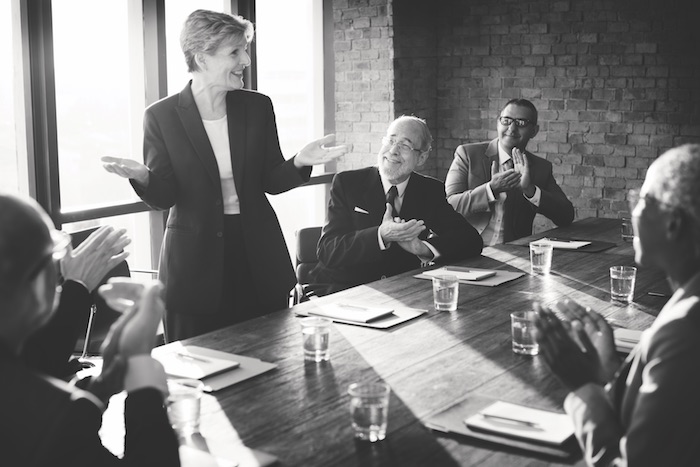 California recently passed a ground-breaking law mandating more women on corporate boards, but it also has implications for private companies.

Although the law applies to public companies, any privately held companies interested in pursuing an initial public offering (IPO) will need to incorporate compliance into their pre-IPO planning processes.

Notably, the law does not provide any transition periods for IPO companies. As a result, any California company seeking to go public by listing on a major U.S. stock exchange must anticipate compliance with the new law immediately.

Private companies incorporated or based in California will need to ensure that their corporate governance, including charters, articles of incorporation and/or bylaws are amended to satisfy this new requirement, which may include seeking stockholder approval. In addition, any director candidates nominated by the board will face stockholder approval scrutiny upon the company going public, and, as a result, pre-IPO companies must ensure any new director will be acceptable to the potential new stockholders of the company.

Further, pre-IPO companies may face further step-up requirements by the end of 2021, which will require publicly traded companies to have the following number of female directors:

That means any private company that goes public by complying with the one female director requirement at the end of 2019 will need to begin planning prior to or immediately after going public to ensure compliance by the end of the 2021 proxy season if the board has more than four directors. This planning will include a director search and vetting process. Newly listed companies will also need to immediately begin preparing for the annual proxy statement disclosure about the qualification of any new director nominees, which will be needed to be completed well ahead of the 2021 proxy season and annual shareholder meeting.

(Related article: Advice for Women Looking to Join Boards in 2019)

If, after December 31, 2019, a newly listed public company fails to comply with the requirements the law, it could be subject to substantial fines. The California secretary of state is required to review compliance annually and is empowered to impose fines for noncompliance. Any corporation subject to Section 301.3 in the California Corporations Code that fails to file on a timely basis information about its board members with the Secretary of State may incur a $100,000 fine. The Secretary of State has been tasked with establishing regulations, but has not yet provided guidance on the content and timing of required filings with the secretary of state. In addition, a corporation’s first failure to have the requisite number of female directors may result in a $100,000 fine and each subsequent violation may result in a $300,000 fine.

Legal scholars have commented that the new measure may be flawed on constitutional and other grounds — something even Governor Brown acknowledged when signing it. However, it is unclear if the requirement will face legal challenge. Many companies probably will not wish to challenge the law by complaining about the damage it would suffer by adding a woman to its all-male board.

California companies seeking to pursue an IPO should begin incorporating compliance with the law into their IPO planning now, which may include changes to their corporate governance structures and appointing new directors prior to going public to satisfy the law’s requirements. Newly listed companies also would be immediately subject to substantial fines for non-compliance if they failed to appoint female directors in accordance with the new law, but the California Secretary of State has yet to issue regulations related to compliance and enforcement.

Even if the new law is successfully challenged, there is increasing stockholder activism and public awareness in this arena and it would be prudent for pre-IPO companies to seek to diversify their boards.

Furthermore, recent studies have established a link between an increased female presence in leadership and higher profitability, including an often-cited study published by Credit Suisse in 2016. Privately held companies planning to engage in IPOs should begin thinking about diversity on their boards as soon as possible to satisfy stockholders’ demands and comply with California’s new law and other similar laws that may follow in other states.

JR Lanis is a partner in Drinker Biddle & Reath’s Los Angeles and San Francisco offices. His practice focuses on corporate and securities law and financial services. Savir S. Punia is a corporate associate in the firm’s Los Angeles office.