Why are Private Markets the New Public Markets? 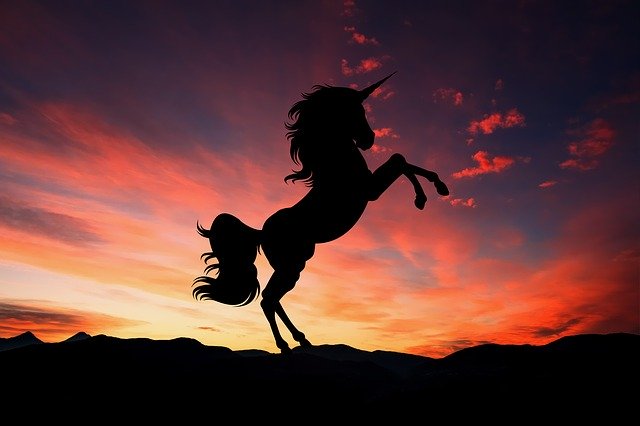 Why are Private Markets the New Public Markets?

Not long ago, the gold standard of entrepreneur success was the IPO, the liquidity event that served as the ultimate payday for all the risk-taking, hard work and worry.

But something has been happening in the recent years that baffles some and worries others. Companies are staying private, making the initial public offering a rarer bird. As Matt Levine, a columnist with Bloomberg Opinion pithily said in 2018: “Private markets are the new public markets.”

For many, this is not good news.

But the phenomenon might just be “a new market dynamic that we need to adjust to,” suggests Anat Alon-Beck, an assistant professor at Case Western Reserve University School of Law who has studied stock options at unicorn companies and other corporate issues.

Alon-Beck talks about the trend in staying private in a Q&A with Private Company Director:

How significant has the decline in IPOs been?

In the United States, the volume of IPOs is a measure of success of the innovation economy. To illustrate the decline, during the dot-com peak in 1996, more than 8,000 domestic public companies were listed on a U.S. stock exchange. The number was down to 3,618 companies by the end of 2016. Policymakers, regulators, investors, academics and the press are concerned about the decline.

What is contributing to this phenomenon?

I tend to focus on the interactions and relationships between different elements in order to understand the recent developments.

The following are the factors that contribute to these new developments: (1) startup founders have an incentive to keep their companies private longer, because they can maintain control over the firm (most CEOs are replaced before the IPO process); (2) new market developments, such as the entrance of new non-traditional deep-pocketed investors, who are willing to invest large amounts of capital in founder-friendly rounds; (3) changes to traditional startup corporate governance structures, which contribute to misalignment of incentives; (4) changes to our securities laws, which allow the founders to raise large amounts of capital and stay private without filing a registration statement, and; (5) aggressively high speculative billion-dollar valuations, which can be a detriment to the traditional startup funding model.

I’m not sure if I can put my finger on one things and say that this is the reason that entrepreneurs are choosing to stay private longer.

I think that the fact that new market participants, such as mutual funds and sovereign wealth funds, now invest large amounts of capital in unicorn firms allow the entrepreneurs to stay private longer, because they do not need the public markets to raise money.

The JOBS Act has extended the number of investors allowed in private companies before periodic reports are required under the Securities Exchange Act of 1934. The increase in the number of non-traditional investors may create collective action problems. Due to this increase, investors may tend to be more rationally apathetic.

Is the decline a reflection of the health of innovation in the economy?

Some say private companies are just more efficient and that’s why they are replacing public firms.

Perhaps. I think that you are referring to the theory that says that the decline in IPOs disproportionately affected small cap startups (small IPOs). These entrepreneurs, in the past relied on the public markets in order to raise capital, but, today, due to the shifts in our capital markets, the enhanced regulation, and the increase in private capital markets (which may be substituting public markets), they no longer need to do an IPO to raise capital. That is why it is important to differentiate between small and large cap companies.

Has an IPO lost its luster?

The IPOs are not dead yet! Unicorn founders might not need public markets to raise money, but they need them to attract, engage, and retain smart, skilled and talented employees. High employee turnover hurts a firm’s bottom line. Unicorns like WeWork might have to deal with a high turnover of talent if the delays in the IPO continue.

I should note that there are several alternatives that are proposed to solve the illiquidity problem. These alternatives include direct listing, which allows Unicorn shareholders, investors, and employees to sell shares in the open public stock market after a direct listing.

Are investors harder on IPOs than in the past, such as in the case of We Work?

I think that people were hard on WeWork for good reasons, including the sharp decline in its reported valuation, the call to fix up its corporate governance mechanisms, and the successful initiative to oust the company’s notorious founder, Adam Neumann, as CEO. Once you decide to go public, you are subject to the oversight and criticism of the market.

The real issue is aggressive valuations and failure to implement corporate governance mechanisms. WeWork is not alone, it is part of a club of privately held startups valued at $1 billion or more (so-called “unicorns”). Nine years ago, it was inconceivable that a VC-backed startup could reach an aggressive valuation of over $1 billion without going public. Today, unicorns, like WeWork, remain private for extended periods of time in part because they are often no longer dependent on an IPO to raise sufficient capital. They raise large amounts of capital from non-traditional deep-pocketed investors, such as SoftBank, with founder-friendly terms.

Could the decline in IPOs just be a cyclical event?

There are several theories concerning the IPO cycles. According to these theories, the market for IPO is very cyclical, where high periods will have increased numbers of IPOs, high valuations and aggressive underpricing. The high IPO periods will be followed by low ones, where IPO volumes are reduced, valuations are not attractive and underpricing less prominent.

I think that the important take away should be to focus on the benefits of going public, which include: (1) the firm raises large amounts of capital and gets proceeds from the offering; (2) future benefits to firm; (3) private to the firm’s insiders, and (4) valuable exit mechanism for early equity investors and employees.