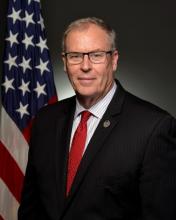 Work served as U.S. Deputy Secretary of Defense from 2014 through mid-2017. Previously, he was CEO of the Center for New American Security (CNAS), before which he was Undersecretary of the Navy. Work served 27 years in the U.S. Marine Corps, ultimately retiring as a colonel. Work has served as an adjunct professor at George Washington University, where he taught defense analysis. He currently is on the board of Raytheon Technologies Corp.

Govini provides a dataset and analytic platform that is used at scale across the OSD, Joint Staff, military departments, and defense agencies to facilitate implementation of the National Defense Strategy.