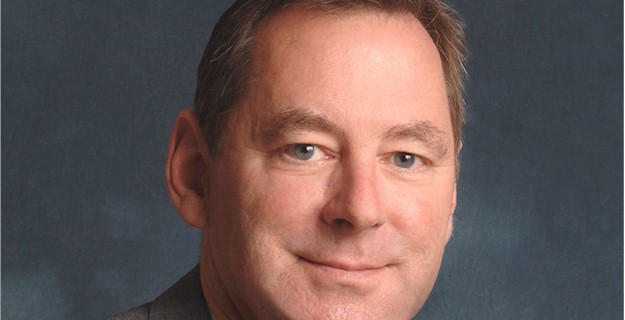 Without at least one disinterested director (and better to have two), the legal risks can be high.

Many companies that are controlled by a single stockholder or affiliated stockholder nonetheless have significant minority investors.  This is particularly common in private equity-backed companies where the lead private equity fund may have partnered with another fund that takes a secondary position, and where the management team typically also has an equity stake.  In addition, the PE funds may have provided debt, including subordinated debt, to the portfolio company in different amounts and with different rights.  And, in every instance, the lead PE fund will be providing, for a fee, management or consulting services to the company.  In all cases, representatives of the lead PE fund will be directors of the company.

Of course, it is not remarkable that owners and their representatives wear multiple hats with private equity-backed companies as well as in other businesses. But, without careful advance planning, multiple roles can create complex challenges for the controlling owner and its representatives on the board of directors.  Absent advance planning, these directors may be biting off more than they can chew if troubled times arrive.  Recruiting truly independent directors to the board is the best way to avoid such problems.

Directors have fiduciary duties that they owe to the company and its shareholders.  The core fiduciary duties are the duties of loyalty and care.  The duty of care requires that directors, when they make a decision, to reasonably inform themselves of all material information reasonably available before making the decision.  Directors must critically assess the information to evaluate the business decision at hand.  The duty of loyalty requires that directors put the interests of the shareholders and the company ahead of their personal interests.

Directors of a corporation who are alleged to have breached their duty of care are generally protected from personal liability by the business judgment rule.  The business judgment rule is a very strong presumption in Delaware corporate law, as well as that of most other States, that in making a business decision, the directors of a corporation acted on an informed basis, in good faith and in the honest belief that the action taken was in the best interests of the corporation.  Under the business judgment rule, courts give significant deference to decisions made by the board of directors, and will not challenge a board’s decision unless the plaintiff can show that the directors failed to satisfy one of their fiduciary duties.  Moreover, when the business judgment rule applies, directors will be personally liable for breach of the duty of care only where they are found to have been grossly negligent.  Thus, unless the directors are conflicted or lack independence relative to the decision (i.e., a breach of the duty of loyalty), do not act in good faith, or reach their decision by a grossly negligence process, directors’ decisions generally will be respected by courts, and directors will not be personally liable for their business decisions.

However, this strong presumption in favor of deference to the board vanishes if it is alleged that the directors were subject to a conflict of interest that implicates the duty of loyalty.  Conflicts of interest arise for a director where the director is obligated to another party or has divided loyalties, or the director is considering a transaction where he will receive a benefit that is not shared by the company’s stockholders as a whole.  Conflicts of interest can develop in any number of ways, such as when the board of directors is considering a round of financing that will dilute some stockholders at the expense of others, when contemplating a sale of the company (including deciding to whom to sell the company and for how much), deciding whether to enter into an agreement or significant transaction, or deciding whether to indemnify other directors in a shareholder litigation.

In these situations, the business judgment rule will not apply, as courts are skeptical that directors in these situations can fulfill their obligation to act in the best interest of all of the corporation’s stockholders.  Instead, the courts apply the test of “entire fairness.”

The description of the “entire fairness” doctrine in the case of Weinberger v. U.O.P., Inc. remains the best articulation of the standard:

The concept of fairness has two basic aspects: fair dealing and fair price.  The former embraces questions of when the transaction was timed, how it was initiated, structured, negotiated, disclosed to the directors, and how the approvals of the directors and the stockholders were obtained.  The latter aspect of fairness relates to the economic and financial considerations of the proposed merger, including all relevant factors….However, the test for fairness is not a bifurcated one as between fair dealing and price.  All aspects of the issue must be examined as a whole since the question is one of entire fairness.

Under the “entire fairness” doctrine, the fairness of the process that is used to review and approve a conflict-of-interest transaction can protect the directors from subsequent challenge.  The most effective way to do this is to exclude any conflicted directors from the decision-making process and instead delegate the decision to a special committee comprised solely of disinterested directors.  In fact, the appointment of a special committee to consider an interested transaction is typically the most important factor that can demonstrate a fair process.  Whenever a PE fund or other controlling stockholder populates a board of directors, it should give careful consideration to when, and whether, disinterested directors may be called upon.  If there are not disinterested directors to be found, the board may have to demonstrate the substantive fairness, to all the stockholders, of a challenged transaction.  This burden can be extremely difficult, and at a trial, expensive to satisfy, especially when contrasted with simply engaging one or two truly disinterested directors to sit on the board.  And, it generally is not easy after a serious conflict arises to recruit individuals to act as independent directors in the face of what may become a contentious dispute.  Moreover, even the choice of such late-coming directors can itself be challenged as an effort by the controlling stockholders to “stack the deck” in its favor.

PE funds often appoint their employees to the board of directors of their portfolio companies.  These directors will be unlikely to be considered as independent if a conflict arises between the PE fund and the corporation or other stockholders.  Some PE funds also use as directors their “operating partners,” who nominally are unaffiliated with the PE fund.  However, courts may still find the interests of such a director and the PE fund too closely aligned, particular if there has been a long-term professional relationship between the two parties or if it can be shown that the designee had expectations of being recommended for other board seats or receiving other work from the PE fund.

To determine whether the directors approving the transaction were disinterested and independent (and therefore, whether the fair process of the “entire fairness” standard is satisfied), courts conduct a director-by-director analysis.  The courts consider the overall circumstances affecting each director to determine if he had interests that conflicted with those of the common stockholders or the company and whether such conflicting interests were of such importance as to have made it likely that the director could be influenced by the conflicting interests.  The circumstances and factors that courts take into consideration are legion.  Many conflicts are obvious, such as when the director is employed by, or receives significant compensation from, one party to the transaction.  Examples of other factors courts consider include:

• Whether the director (or a related entity) holds a material amount of preferred stock or debt so that the director may be tempted to make a decision to benefit the interests of those holders over the common stockholders;

• Whether the director will receive a payout through a management incentive plan or liquidation payment;

• Whether the director had significant past relationships with any other director, controlling stockholder or interested party; and

• Whether the director received any benefit from any other director, controlling stockholder or interested party, such as advancement in their career or a seat on the board of another company.

In order to avoid having to demonstrate the substantive fairness of a challenged transaction, engaging a truly independent director can be a fairly inexpensive insurance policy against future challenges.  Assuming that a controlling stockholder is willing to put one (or preferably two) independent directors on the board, the “entire fairness” standard will require that these directors constitute a special committee to review the conflicted matter.  A board should consider the following steps when creating this special committee.

1. Establish A Clear Mandate.  The special committee must have a clear mandate regarding its powers and responsibilities.  Moreover, the committee must have the ability to reject any transaction.  The establishment of a special committee that is authorized only to make recommendations to the board will be seen as undercutting the committee’s effectiveness, and therefore its efficacy in establishing a fair process.  Of course, this raises the possibility that the independent directors might disagree with the controlling stockholder, but in that circumstance, the transaction, if challenged without the benefit of any independent director review, would likely be difficult to justify as entirely fair.

2. Guard Against Undue Influence of Interested Parties.  Interested parties, such as management or controlling stockholders, clearly have important roles in any significant transaction, particularly a sale of control.  However, it is important to put in place procedures to prevent them from having undue influence on the transaction.  These procedures should be reasonably tailored to the specific situation at hand and applied thoughtfully; otherwise, a court may well view them as having been adopted for the sake of form and deem the entire process to be tainted by the absence of effective constraints on the influence of the conflicted parties.  In addition, interested parties should disclose to the special committee all material facts concerning the transaction to enable an informed decision by the committee.

3. Retain Knowledgeable, Independent Advisers.  The special committee must be able to engage its own legal and financial advisers (i.e. separate from those engaged by the company) who are independent of (and not beholden to) the interested parties and do not otherwise have potential conflicts of interest to provide independent advice regarding the fairness of a transaction.

4. Maintain Accurate Record-Keeping.  Critical decisions made by the board and special committees—including the specific factors taken into account in making those decisions—should be recorded in the minutes prepared for the meetings.  The record should be prepared contemporaneously and reflect a careful, deliverable and reasonable decision-making process whenever important decisions are made.

While there is no perfect solution to handling conflicts, particularly when facing troubles such as a liquidity crisis or other challenges, many difficulties can be avoided if the board has included at least one director who reasonably would be considered to be independent from the controlling stockholders. Too often this is not done, or is done too late in the day, when the decision to bring on a new director is itself subject to challenge on the basis that the controlling stockholder chose that director because it knew he would be sympathetic to the controlling stockholder’s positions. Thoughtful boards will make every effort to avoid these problems by anticipating them. Indeed, the independent directors can often bring valuable insights and perspectives that would justify their participation in any event.

Doug Raymond is a partner in the law firm Drinker Biddle Reath LLP.  He works extensively on matters of corporate governance for both public and private companies. He advises boards of directors and special board committees across a range of challenges from conflicts of interest and changes in control, to corporate investigations and risk management assessment.  Emily Klinicki, an associate with firm, assisted in the writing of this article.