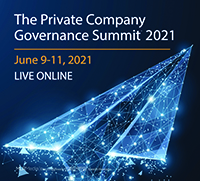 When an Owner Is a Reputational Risk 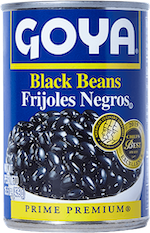 When an Owner Is a Reputational Risk

When the line between family and the business is crossed, the board can help solve possible problems.

Robert Unanue, the CEO of Goya Foods Inc., has made controversial public remarks that have led to calls for boycotts of the company’s products and to a vote for his censure from board members, who are all family-owners.

Unanue, grandson of the company’s founders, has been CEO since 2004. He met in April 2020 with President Trump at the White House and praised him publicly for his leadership. Those who opposed the now-former president responded quickly, calling for a boycott of the Goya products.  In January, Unanue appeared on Fox News claiming the 2020 presidential election was illegitimate and that Trump was still the rightful president.

As a result, Goya’s nine-member board of directors voted to censure their CEO and told him not to speak in public unless they gave him had express permission to do so. Nonetheless, Unanue appeared at the Conservative Political Action Conference at the end of February and once again referred to Trump as the “legitimate” president.

Goya did not respond to requests for comment on the board's position.

While Goya is an extreme case of family speech sparking controversy and bad publicity, it’s the role of the board to intervene if an owner’s actions pose a risk to the company’s reputation.

Veteran board member Lynn Clarke says directors — and private company owners — should be proactive rather than wait for something to happen. “There should be education about public personas for every family member and shareholder.  Having owned a company, I know my behavior was constantly watched, by employees, customers and partners” Clarke says. “Education is the key to avoiding problems.”

A family-owned business whose board Clarke served on once faced such a situation.

A non-employee shareholder of the young, fast-growing company made some casual comments that could have embarrassed the company/family. Because this person had never worked in the company, he didn’t consider himself a representative of the business. He learned the hard way when the board intervened.

“Once we explained, he got it,” she says. “He understood and quickly fixed it.”

Clarke says she is happy to help shareholders navigate the risks of having a public persona. Private companies have latitude legally to take positions on issues, but this can still create risks.

Clarke says she is happy to help shareholders navigate the risks of having a public persona. Private companies have latitude legally to take positions on issues, but this can still create risks.

If the board is aware of the potential for reputational risk, they can be proactive about setting policy, says Howard Brod Brownstein, president of The Brownstein Corp., a turnaround and crisis management advisory firm.

“You need to think, ‘Do we need a crisis PR firm lined up?’” he says. “And you should adopt a policy to address these questions, such as ‘No executive can make a political speech or a public political comment.’” Brownstein says it’s too easy to turn away half your customers and damage a well-established company’s brand. Social media can tell the entire world what’s been done or said in just minutes.

But regulating owners’ behavior through censure or by holding them to a policy can be difficult, says Robert Dilenschneider chairman of The Dilenschneider Group, a strategic communications consultancy. “They own the company,” Dilenschneider says. “In many cases, what a board says will not make much of a difference.”

Clarke says directors should not be intimidated by owners or management, or they will be ineffective for the business. As the director of a dozen or so family businesses in her career, she says she sees their consumers and customers as her boss.

“What is important or valuable to the customers is my guide as a board member or chair,” she says. “And it is a critical decision to put independent directors on the board. The family needs to make a commitment to take the board’s advice.

“Ultimately, for a fiduciary board, they need to consider whether a shareholder should be in or not in the business,” Clarke says. “Inappropriate shareholder behavior is ultimately going to hurt the performance of the company.”