At the conclusion of her answer to the first question posed by Bill Rock, president of MLR Media, during her keynote interview at The Private Company Governance Summit 2022, SEC Commissioner Hester Peirce realized she had omitted a valuable piece of information.

“I think I forgot my disclaimer, which is that my views are my own views, not necessarily those of the SEC or my fellow commissioners,” said Peirce. 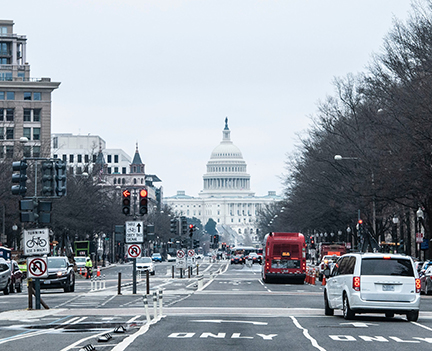 Peirce indeed expresses a viewpoint that is not totally in keeping with the SEC’s current disclosure agenda, while also appreciating how private companies serve as a barometer for the SEC’s success as a regulatory agency.

Regarding the SEC’s current agenda of pushing large private companies to routinely disclose information about their finances and operations, Peirce brought the issue back to these companies’ responsibility to their investors.

“I would say you should sit down with your investors and figure out what it is they want from you and provide them with that information,” says Peirce. “I like to think that you are ­really trying to present a picture to investors and potential investors about what your risks and opportunities are and what you are thinking about the long-term financial value of your ­company.”

On the question of whether a company should operate in the best interest of shareholders or stakeholders, Peirce falls solidly on the side of the shareholder. To her, it comes down to the difficulty of trying to run a company while balancing the interests of several different groups, often with varying objectives, compared with the focus that comes from working toward one common goal: financial success for shareholders.

“It seems quite obvious to me that the shareholders own the company and it’s important to have one set of bosses, instead of having a stakeholder approach, where you have many different objectives that you are trying to meet,” says Peirce. “You’re looking to maximize the long-term value of the company, which is something that all shareholders can agree on, even if they have other things that are important to them personally.”

While acknowledging that managers may prefer a system that diverts judgment on their job performance away from financial performance and toward more intangible measurements, such as carbon emissions, Peirce identifies the trend toward satisfying multiple stakeholders as a harmful one because of its potential effect on the U.S. economy.

“I think it’s a dangerous trend that we’re allowing that kind of diversity of objectives, because ultimately it means that capital flows not to the highest and best use, but starts flowing based on political pressure and pressures from outside groups,” says Peirce. “That hurts not only the company, but its shareholders, its employees and everyone else involved in that company. It also hurts the broader economy because it sends capital in the wrong direction.”

When the SEC released a proposal to enhance and standardize climate-related disclosures for investors, Peirce stood as a dissenting voice. To her, it came to one thing: the difficulty of measuring success related to ESG.

“I’ve talked to a lot of companies now that we have our climate proposal out for comment,” says Peirce. “They’re thinking about having to disclose scope-3 emissions, and they’re terrified because they don’t know how they are going to do that. I think there are going to be a lot of difficulties just around measuring that.”

According to Peirce, “The fact that your company itself is not subject to our rule may become irrelevant, because you’re going to get pressure from public companies who are having to indirectly report your information.”

Peirce also expresses concern with how the SEC’s disclosure agenda has, to a degree, forced companies to take stances on issues that are best handled in political institutions, as opposed to the nation’s boardrooms.

Speaking on items such as climate change, Peirce says, “What I’m seeing now is the politicization of our capital markets, and we’re playing a role in that by putting out some pretty controversial rulemakings that force companies to address issues. I think when we get caught forcing everyone to talk all the time about the hot-button social and political issues, we’re losing something. Those issues are important, but they need to be talked about in our political and civil institutions, not in the SEC, which then filters down to the corporate world.”