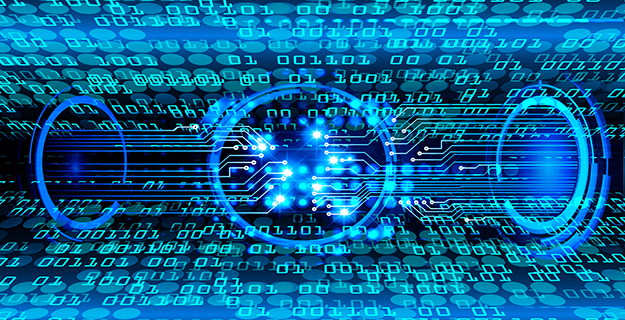 As an avid golf fan, Deloitte Vice Chairman Roger Nanney used a sports analogy to open his speech at the Private Company Governance Summit 2015 held in Washington D.C. last May.

Nanney, who is a trustee of the PGA Foundation, spoke about golf legend Jack Nicholas and Nicholas’ viewpoints on success as he addressed a room packed with directors, owners, and advisors of family-owned, closely held and private-equity owned businesses.

“[Nicholas] has a great view on achievement, Nanney said. “He says it’s largely of aspiration and expectation. He says it’s about raising your game, and that’s what we’re all here for.”

Nanney specifically addressed privately held and mid-market companies as they play a critical role in determining the economic future. He placed emphasis on these types of companies recognizing the power of good governance, and the importance that good governance has on the success of an organization.

“Some are working on the basics like developing boards,” Nanney said. “Others are working on strategy around committee work, while others are focused on the process, like CEO and board evaluations. But no matter where you are on the spectrum, this conference will provide the opportunity to raise your game to improve your level of aspiration and expectation.” 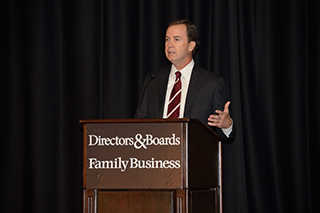 Nanney then went on to speak about the struggles that these privately held companies have experienced. These companies sometimes struggle to see beyond their immediate market context. And it’s very hard to know what others are thinking and how they’re executing in this market environment.

To help dive deeper into the economics, Nanney addressed Deloitte’s America’s Economic Engine Report and its findings. Twice a year his company surveys more than 500 midmarket executives – 80 percent of whom leave private companies – with the goal of identifying their plans and expectations.

The results, which were released in June, show a sturdy confidence in the economy.

“The key indicators were that hiring and capital spending were on the rise,” Nanney said. “Companies seem to be moderating their investments and making deliberate, tactical adjustments to ensure future growth.”

The two areas of emphasis that were revealed in the survey were talent and technology. Other findings of the study include:

Nanney addressed using analytics as a business tool, but also stressed the fact that companies need to be careful when using these analytics because of the threat of cyber intrusions.

Analytics and cloud computing were found to be the two areas of technology that have been increasingly important to an organization. Almost 60% of privately-held companies are employing cloud-based solutions (compared to only 25% in 2013).

“With a well-developed analytics capability, mid-market companies can punch well above their weight, often against much bigger competition,” Nanney said. “Imagine being able to target your customers with reliable precision because you now have valuable insights about your marketplace, your customers, your prospective customers, preferences and needs.

Nanney emphasized how technology and risk seem to go hand in hand in today’s economy.

“Risk is associated with technology,” Nanney said. “Technology risk brings the issue of trust front and center. Gone are the days where a simple anti-virus program is enough. The web, mobile-device technology and social media all create exposure to risk.”

The three aspects to a cybersecurity:

Nanney also spoke on the importance of trust and how it can significantly impact the day-to-day operations of any organization. Nanney defined trust as “the degree to which a company’s stakeholders believe its products, services and actions will benefit them.”

Nanney spoke about recent consumer surveys and how family-owned businesses and privately-owned companies have the distinction of the most trusted companies. He defined the three fundamental elements that comprise a trusted relationship as: